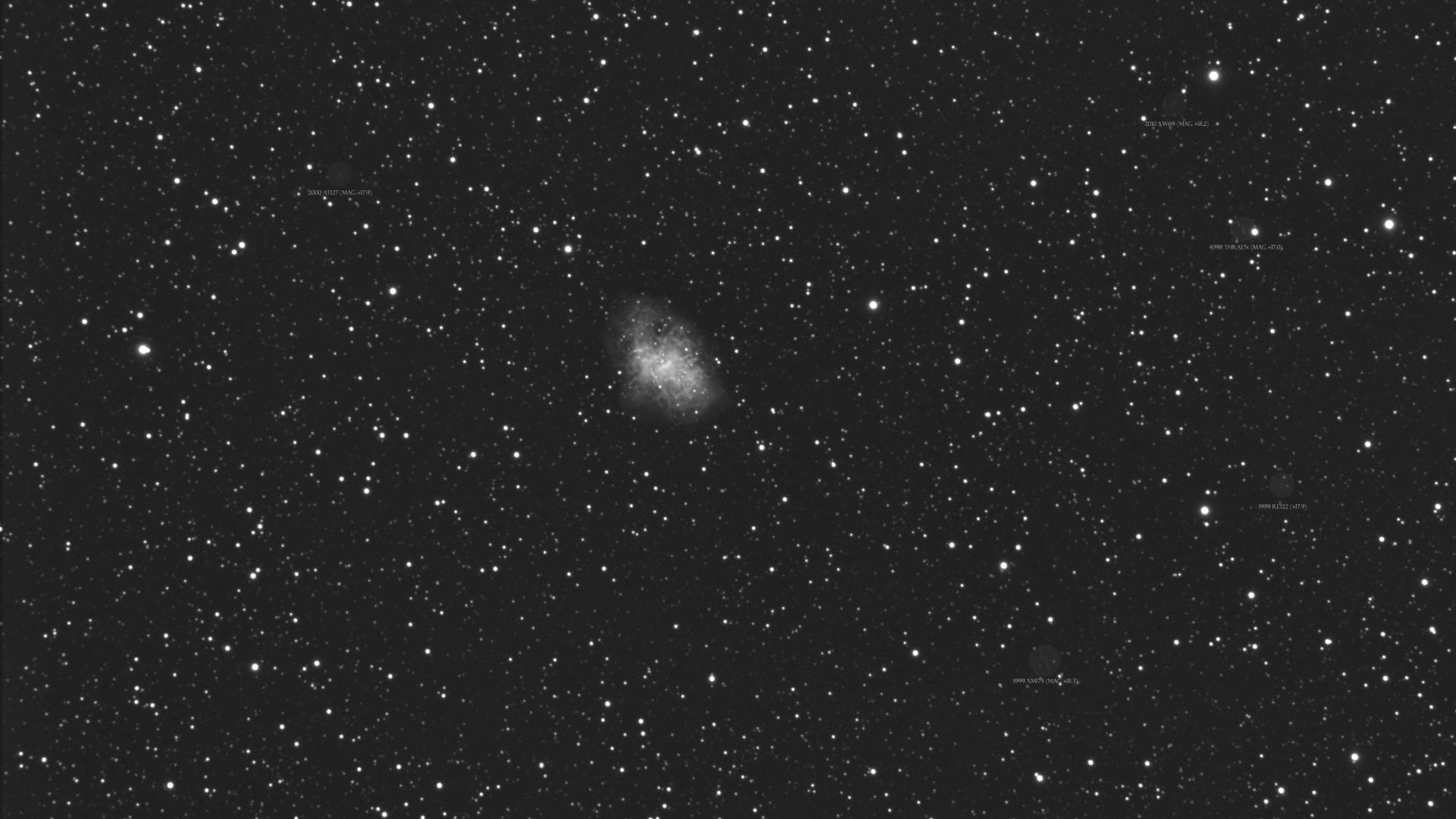 Another session with my brother-in-law and the ASI1600MM, and this time my first “nicer” shot: the M1 “Crab Nebula” in Taurus.

The equipment: 115mm F/7 APO Refractor with field-flattener and ASI1600MM with no filter. The EQ6 mount was  self guiding after an initial 3-star alignment; this allowed for pinpoint stars at 20 seconds of exposure, but 25 to 30 seconds shots were also possible. The conditions were not the best at all: suburban sky, mag +5.0 visual, some wind, and -6 Celsius.

Despite these, the following shot presents some nice structural details inside “the Crab” and also five asteroids from mag +17 to +18.3 in the field (thanks to Adrian Sonka I was able to identify them as well):

And a closer view of the nebula, with an inverted view, for better discerning the filaments inside the nebula:

Despite being a rather short total exposure under suburban skies, the image turned up pretty nice; this is also my very first image of this object…

Another shot, this time a second run at this object, showing Hubble’s Variable Nebula with some distinct changes (especially close to its source-star), compared to the December 2 image:

And a last shot for this session, only 3 frames each a 20-second image, of the open star cluster Messier 41: