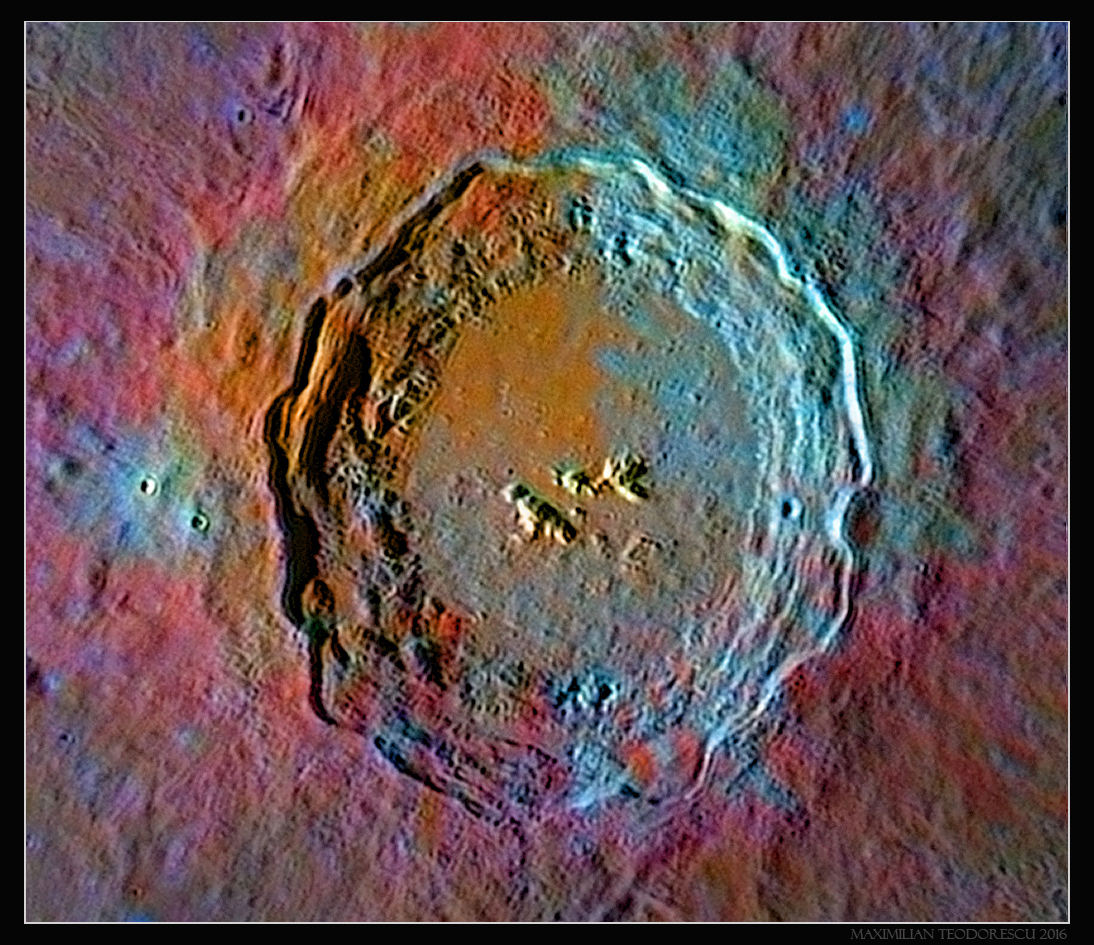 Copernicus is one of the most famous lunar craters. It is quite large (93km), with a sharp rim and it is well placed to have a good view of its floor using small telescopes. It is also surrounded by a complex ray system, due mostly to its “young” age, of only  800 million years.

The interesting terraces and the high geologic differences of its floor are relatively easily observed or imaged, but the subtle color differences, which give some extra information about the soil composition, are a bit harder to observe. This is why I’ve tried, whenever the seeing allowed, and during multiple imaging sessions, to acquire different views of this crater.

The results presented here show either the “normal” grey view with good surface resolution and in favorable illumination, or the highly saturated colors as viewed during full moon.

All of the images below were acquired in 2015 with the 355mm homemade Newtonian and ASI 120MM-S camera, either with the Red filter for the High Resolution views, or with the RGB filter set for the color shot.

I will start with the final result, the LRGB view of the crater, in saturated colors: 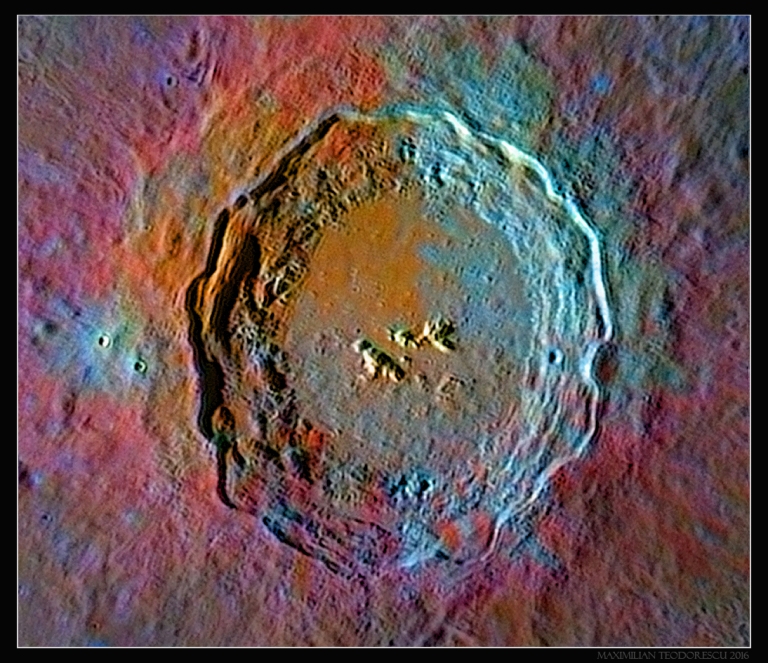 The view shows just how complex the distribution of minerals is for Copernicus, and also proves that the upper-left quadrant of the crater’s floor was filled with lava (orange), corresponding to the somewhat smoother terrain.

The above composition was created from the results of two imaging session:

And to have some feedback from scientific data, I’ve used the LROC online map with the Clementine color-ration layer to see if my result is more or less correct. Indeed, the Clementine data was processed quite differently from mine, and that’s the reason I’ve placed the probe’s layer description in the following image (the colors don’t correspond with my result since the lunar probe acquired images using different filters and also the image processing involved a very different procedure). Despite this, some obvious correlations can be made, and the distribution map is basically the same, which is good news for me as an amateur “lunatic”.

2 Replies to “Copernicus in colors”