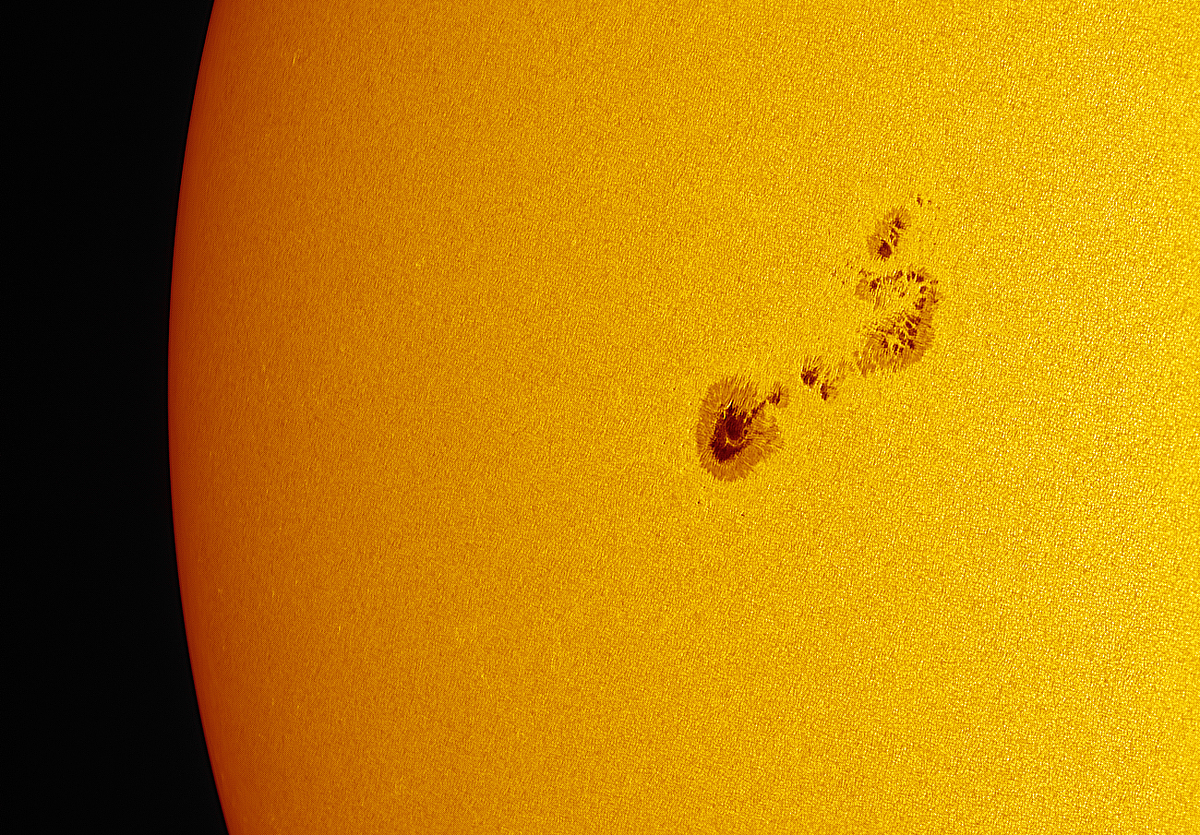 Another imaging session with AR2396. Actually today I had two sessions with this nice sunspot group, one in the morning with a 127mm F/11.7 Maksutov telescope, and another one in the evening with a 200mm F/5 Newtonian scope. In both cases the amplification factor was 3 (4500mm and 3000mm focal lengths respectively), and the camera used was the ASI120MM-S with a Baader green filter.

A wider view, showing the limb of the Sun:

And a detailed view, with the solar granulation discernible:

A comparison with the image from the previous day, showing the evolution of the group:

And an animation of the two images:

The second session was a bit better in terms of the obtained details, but the seeing and transparency were much more affected due to cirrus clouds rolling in. Nevertheless, the following are the best shots of this sunspot group that I’ve acquired so far. A wider grayscale image: 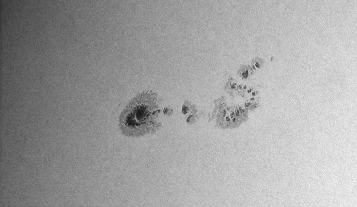 And an enlargement of the above, with colors added via Photoshop:

The shape of the sunspots in AR2396 made me create an animation in which I’ve superimposed the first two letters of the alphabet onto the two main spots. In solar astronomy the main spots are labeled in such way, so it’s not just an artistic impression 🙂