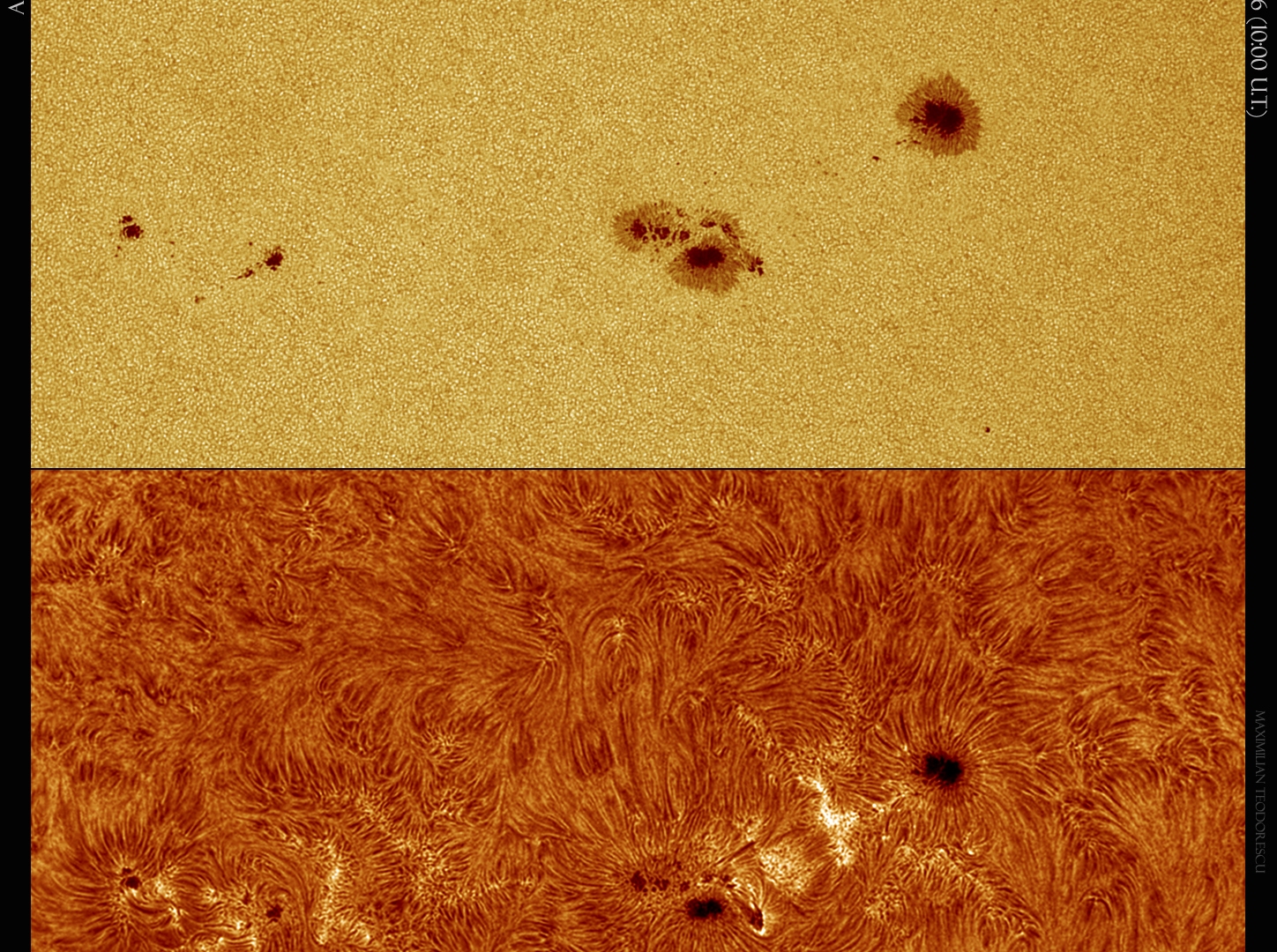 Didn’t have much time today to image the Sun in H-alpha light, and the seeing conditions were also not very good, so I’ve decided to acquire only two image series, one in White Light (WL) and the other in H-alpha light (HA). There is also a third image in this post, showing some nice proms, but the quality and resolution is rather low. 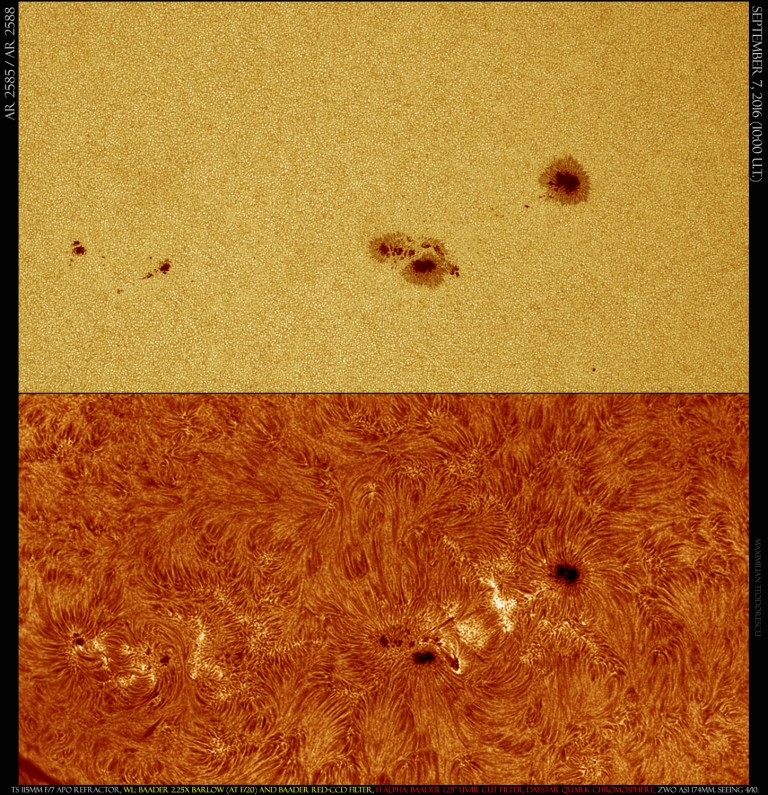 To be correct, the WL shot was acquired in the red part of the spectrum since I was using a red filter (with a large bandwidth), but there is not much difference compared to a full-spectrum image. I had to use the Red filter due to the poor seeing conditions.

To better compare the two type of images, a small animation:

And some nice prominences coming into view. Some poor seeing for this shot… 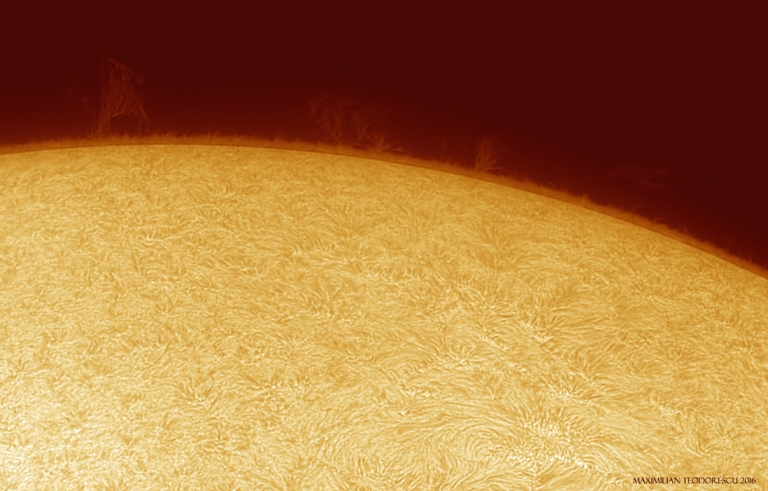