The image is a Green channel acquisition using a SkyWatcher 127mm F/12 Maksutov telescope coupled the ASI120MM-S camera and a Baader Green filter. It is a 22 panel mosaic, each of the panels being a stack of 1000 frames. For colors I’ve used the Canon 550D camera. The seeing was rather good, so small details may be observed in the image.

I’ve also acquired an RGB sequence of some lunar areas using the Baader RGB filters. These give a better color separation and the end result shows a lot better the subtle differences of the color hues. The image is a 1000 frames stack for each channel, and was combined in LRGB with the Green channel for Luminance. Comparing it with the above result, it is easily observable that for this type of images the RGB filters coupled with a mono camera give a better result. 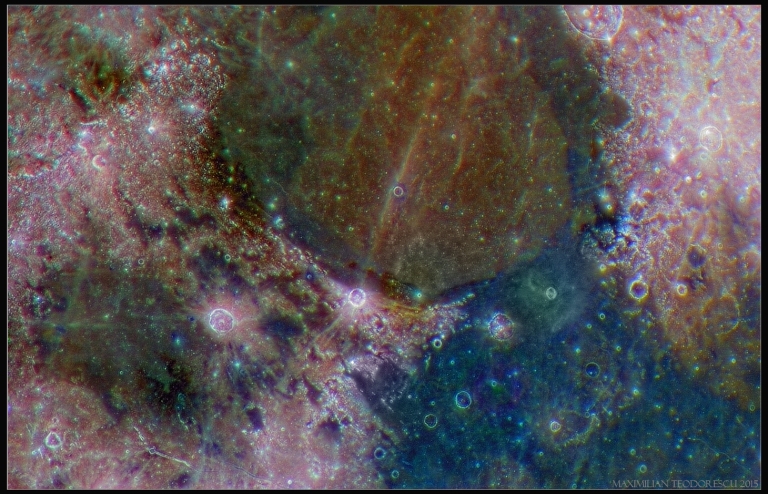 One Reply to “A Moon mosaic from December 2015”