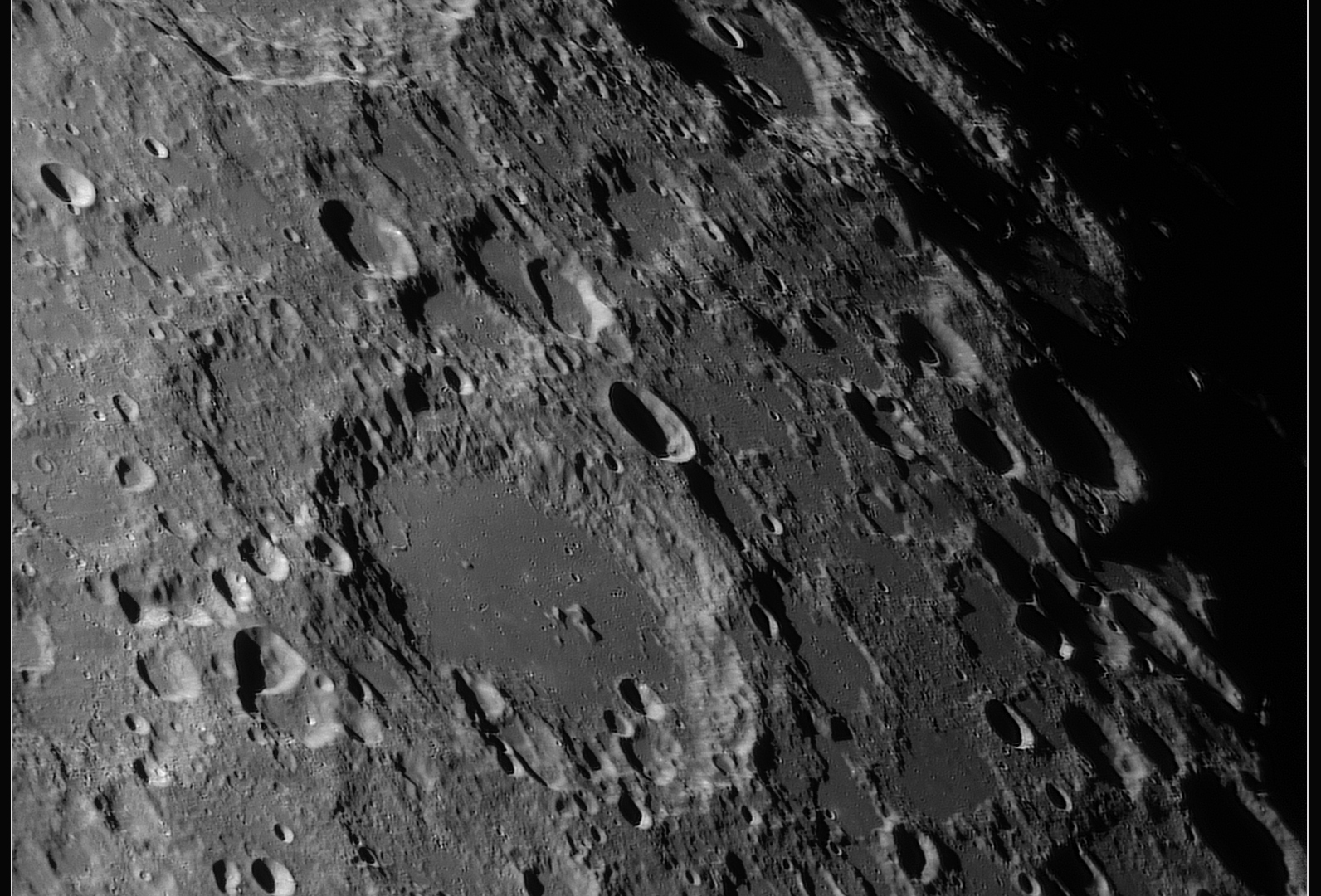 With a bit of “luck” this image would have been forgotten…but luckily, I’ve revisited the December 21th folder containing the imaging data for that night, and found this image just waiting to be processed.

The image shows the large (150km) crater Longomontanus, with some other interesting nearby craters, and a lot of small ones onto its floor.

The acquisition was performed using the 355mm F/5 Newtonian at F/25 and ASI 120MM-S camera with a Baader Red filter. 1200 frames were stacked out of 6500. The seeing was very good to excellent (8/10), with some moments in which the image appeared to just freeze on the screen. The image was processed at 130% from the original size. 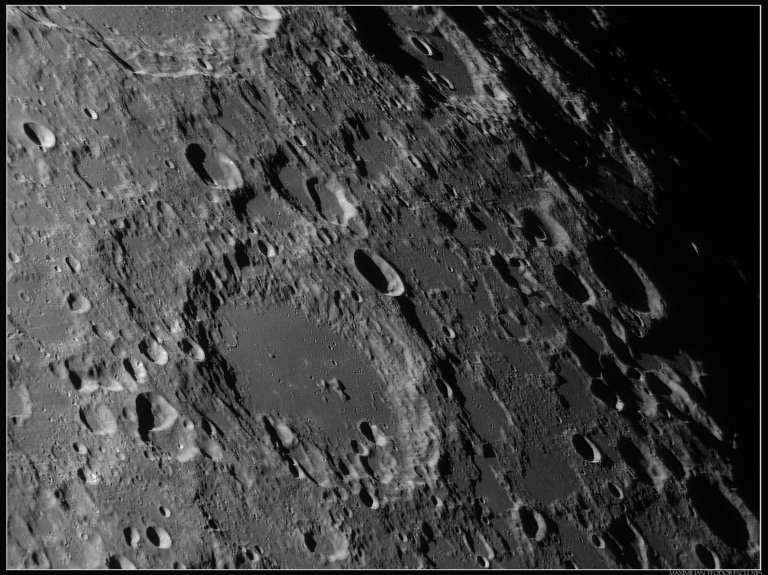 I’ve also processed a larger version (150%), without post-processing, to reveal the smallest details visible. Using the LROC QuickMap I was able to measure craters of about 500-550 meters in diameter on the floor of Longomontanus. 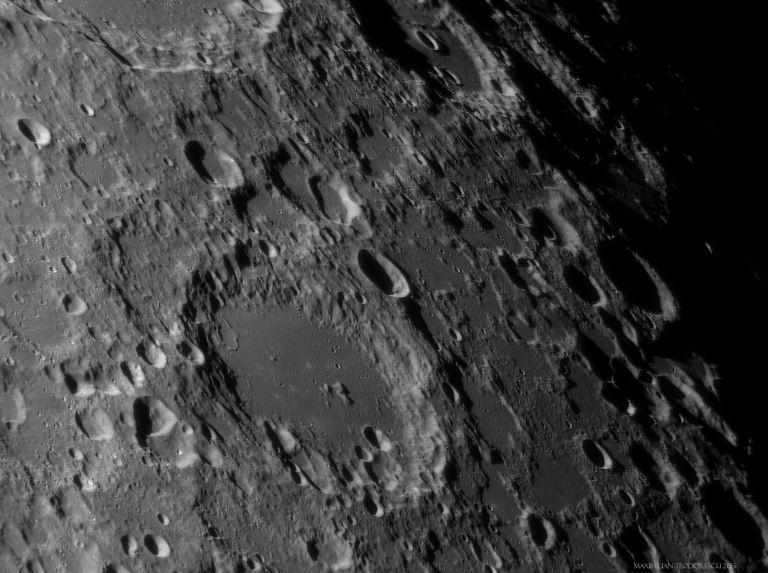 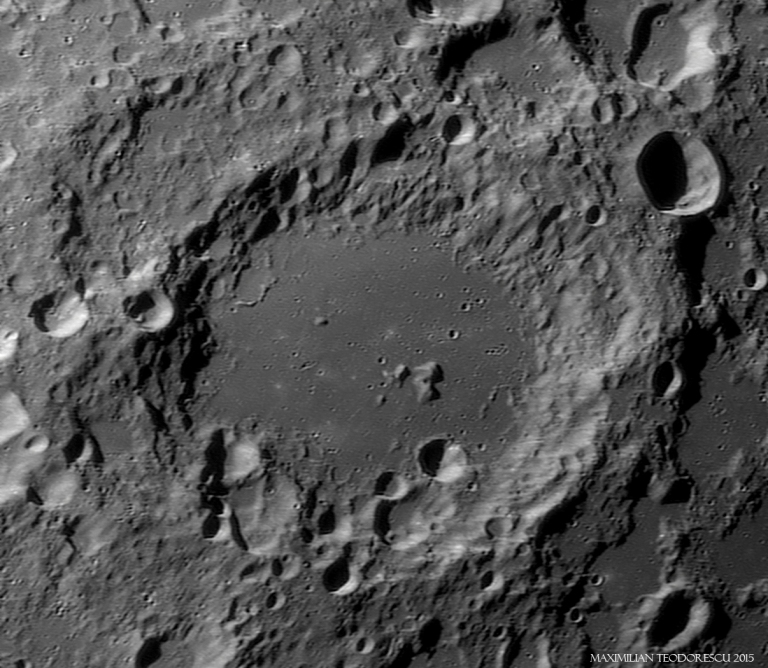