This is the last day of 2015 and, as some others recap the successes or failures and plan strategies for the upcoming year, I’ll recap some of the best astro-shots of this year; they are either the best in terms of technique, artistic significance or importance of the subject.

The main subject that I (and many others) followed during this month, and afterwards, was comet Q2 Lovejoy. 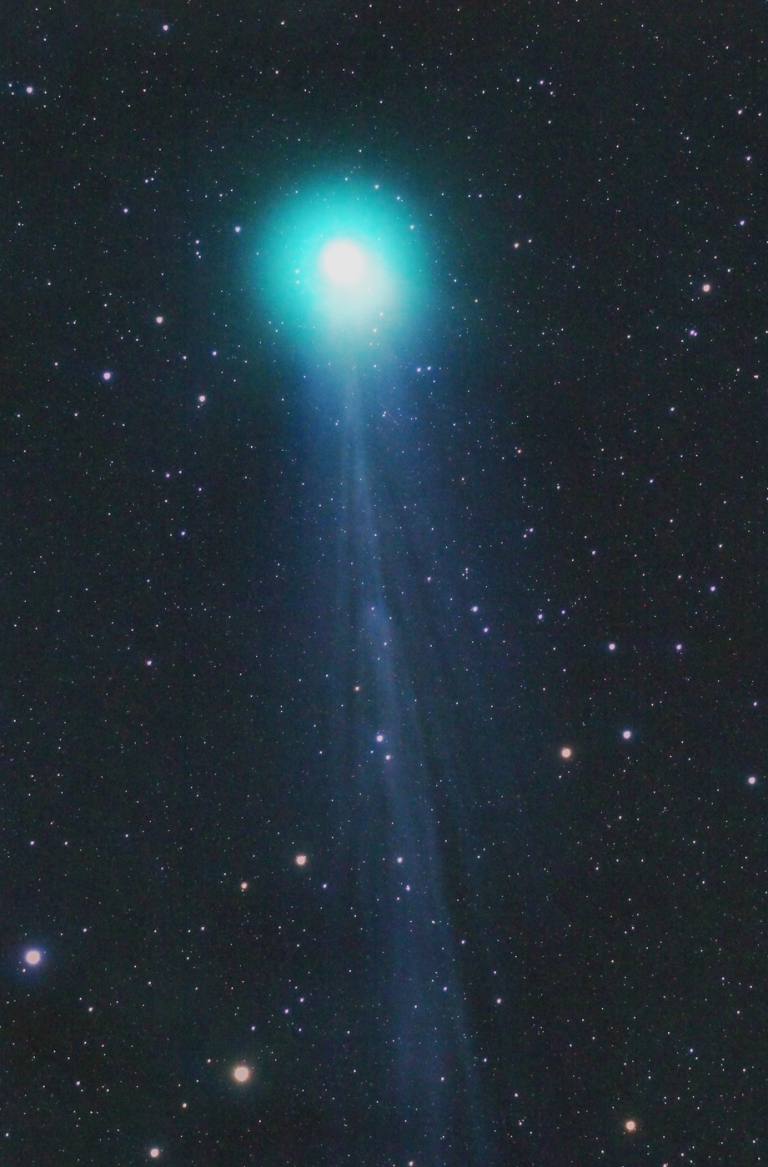 This comet passed near the Pleiades also: 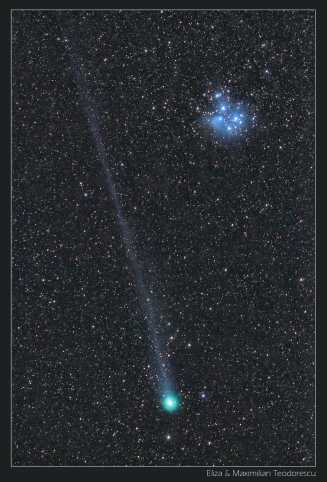 In February comet Q2 Lovejoy was still pretty much the most photogenic object, with its long ion tail interacting with the solar wind: 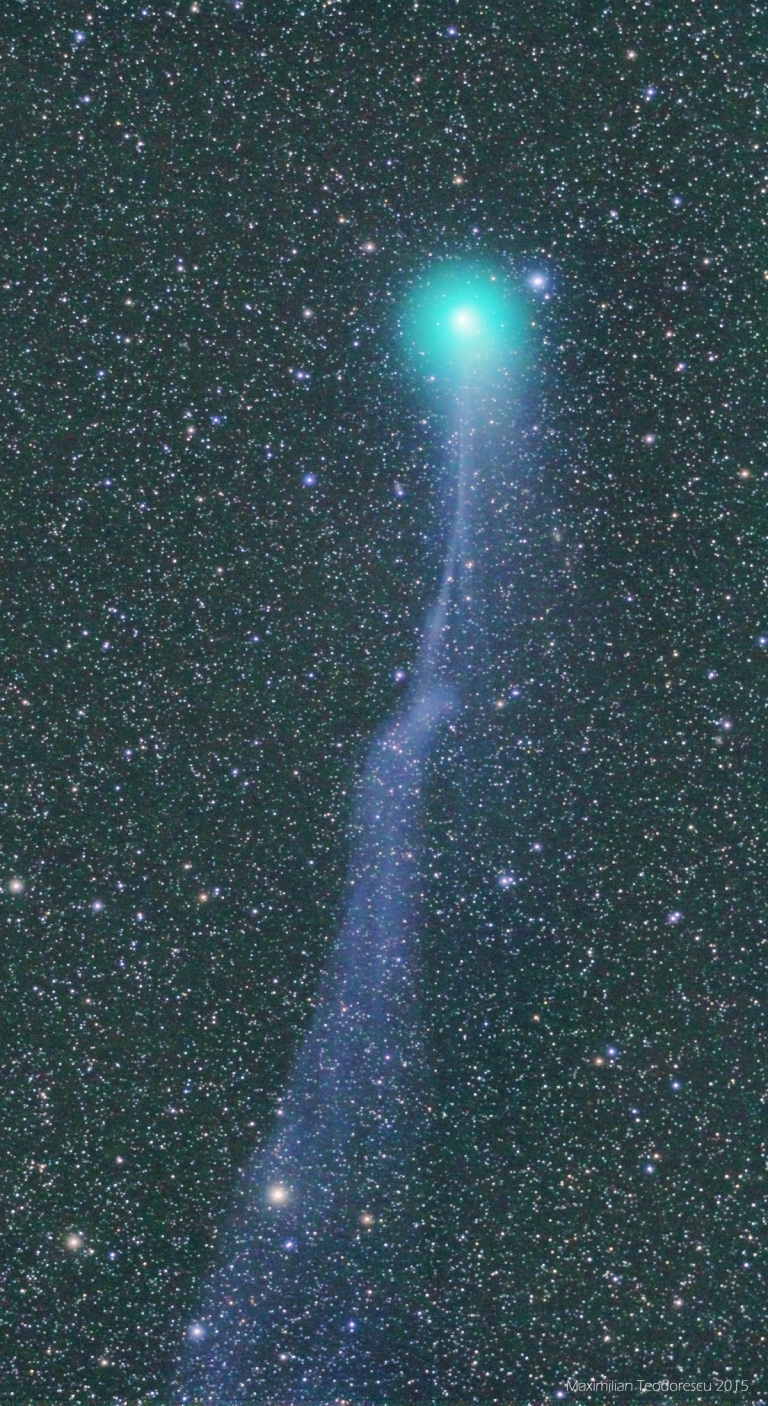 March had one more interesting comet visible along side Q2 Lovejoy. It was a very brief yet extremely interesting evolution of a SOHO comet named C/2015 D1. This little fellow disintegrated after passing too close to our star. To image this comet in the very bright dusk skies was a challenge. The same night I’ve observed this comet, Lovejoy and the Moon were present:

Also in March we had a partial solar eclipse, which was almost lost to clouds, but I did manage to take a few shots. 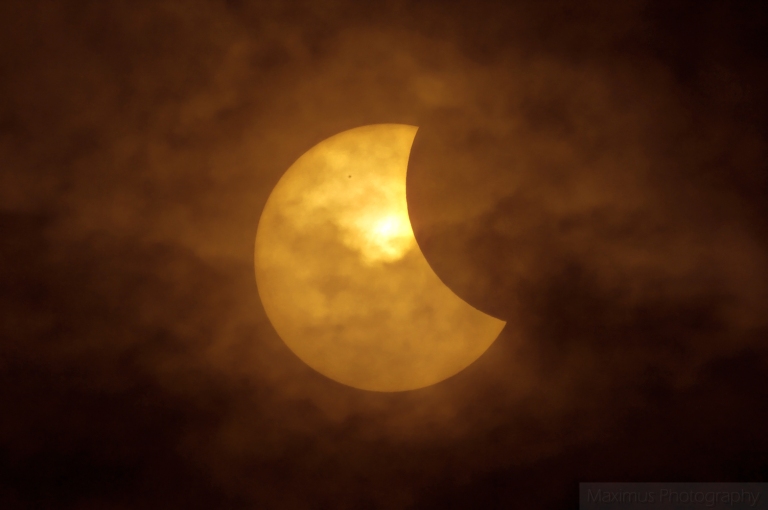 After a long break in Astrophotography due to a different interest and some expeditions to find rare insects and reptiles, I’ve rebooted myself and restarted imaging the sky.

We had some very nice and quite large sunspot groups this year, and in August the planet Venus was also close to our Sun (apparently) which made possible to image both the star and planet during daytime.

Following is a composition showing the two:

Many interesting sunspots made me get out more often in the beautiful Summer days:

September was the month in which I made my dreams come true in terms of Astrophotography. With the finished 14 inch scope, and the new ASI 120MM-S camera (the old 120mm stopped working in December 2014) I’ve finally got my first great resolution shots of the Moon, practically at the limit of a 14 inch scope. This is what I’ve wanted from the very first days (10 years ago maybe) I’ve seen some fantastically sharp and detailed shots on the LPOD site, made by amateurs with amateur equipment.

But before those HR shots, a “SuperMoon eclipse” shot:

And now, for my best High Resolution shot of September: crater Posidonius. 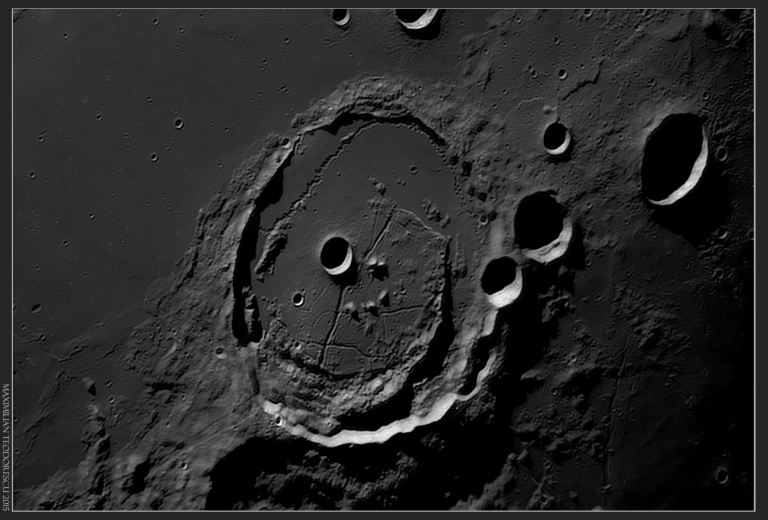 This is only one of the craters imaged on that session. More can be seen here.

Other HR shots from a different September session show also very fine details at the lunar surface, some of 350 meters!

Another incredible session from September, with images showing details inside the Ina caldera and small rilles inside large craters: 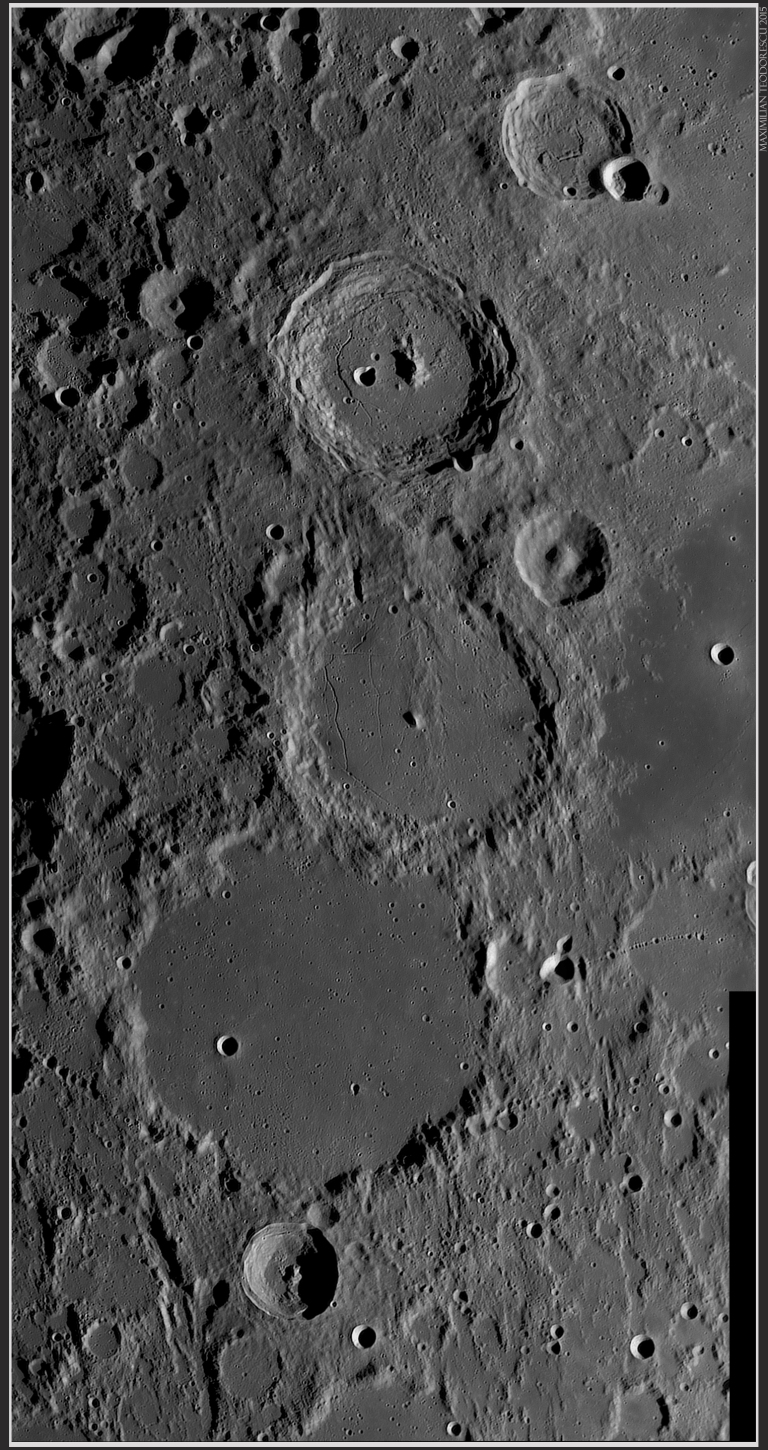 October was good to experiment a bit with the processing techniques and some interesting result came out of this. 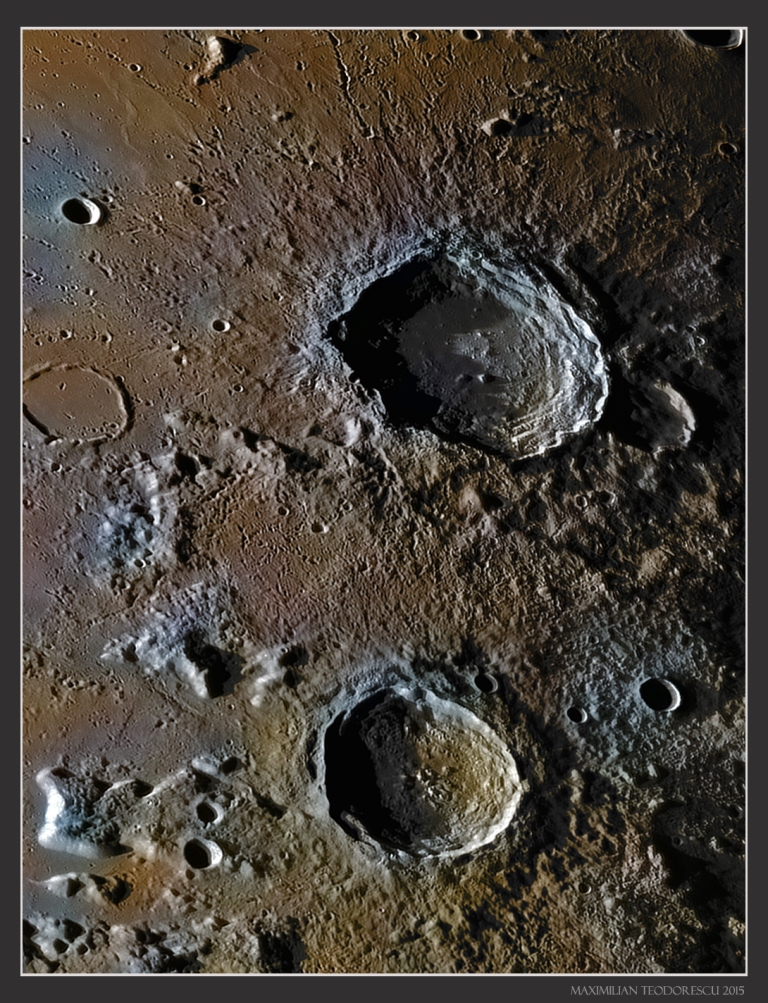 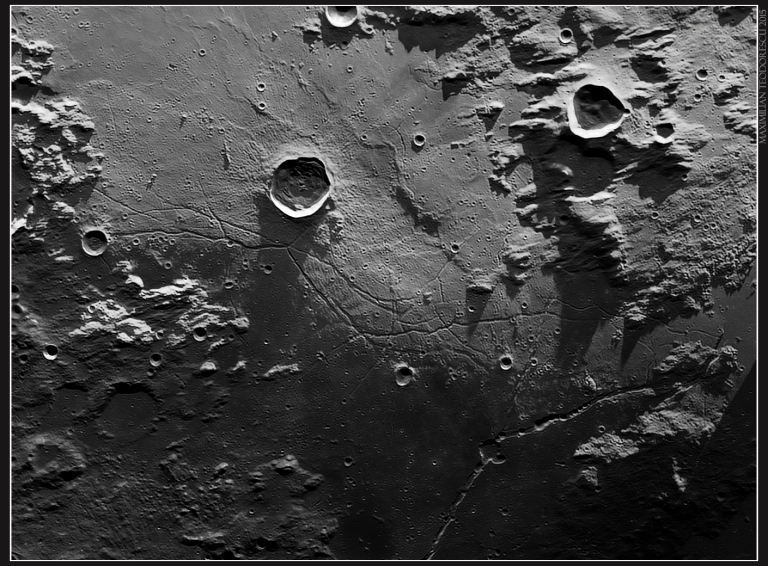 In October we also had a nice “hiding” of Aldebaran by our Moon:

November continued with good seeing, and the Moon was again the main target. But some other objects were observed, like the famous Sirius b and a very tiny Mars at only 4.4 arc seconds. 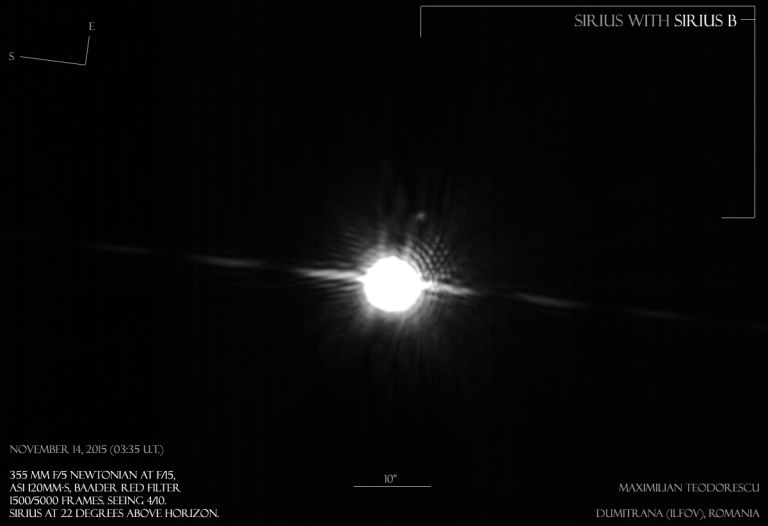 …as were some other experimental processing techniques: 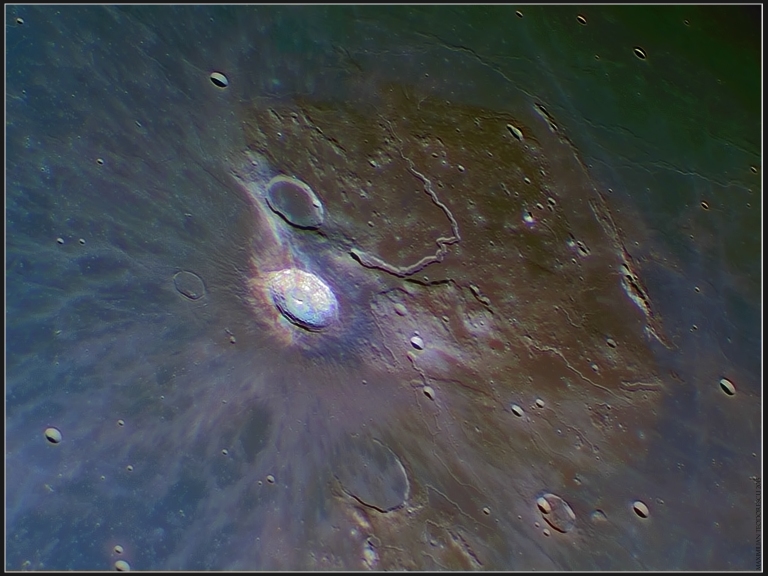 December was a pretty full month for me, due mostly to the good seeing conditions (which were actually abnormal for this month at my location) and a few nice events.

An ISS transit over the Moon:

I’ve also been lucky enough to capture a plane into my small field of view while imaging a large sunspot:

And the last HR lunar session of the year, with very good seeing conditions:

-Hope to increase the success in lunar/solar/planetary imaging in 2016, since a new camera just arrived (the ZWO ASI 174MM),

-Hope to be more active also in the Summer nights, despite other interests,

-Have a very large Lunar mosaic showing an entire lunar phase in HR.

-And hope to get under darker skies and marvel at the Milky Way and other deep sky objects together with my wife and anyone truly interested in conversations regarding our place in the Universe 🙂 !