As I’ve mentioned in the previous post, a lunar transit by the International Space Station (ISS) occurred not far from my home, in Magurele (Ilfov), Romania.

Together with my wife Eli, I drove for 5 minutes near a field where we’ve mounted our gear waiting almost an hour for the 0.65 second transit to occur. My equipment was the TS 115 mm F/7 APO with a TeleVue 2x Powermate and Canon 550D onto the EQ6 equatorial mount. My wife used a Maksutov telescope (127 mm) and her Canon 550D placed on an EQ3-2 mount. Both of us used ISO 800 and 1/1000 s exposures.

The first shot is a composite image, of one of my two frames in which the ISS was captured, overimposed onto another image which was acquired immediately after the event. This second shot was a 72 frames stack, and was processed in order to reveal the colors of the lunar surface. 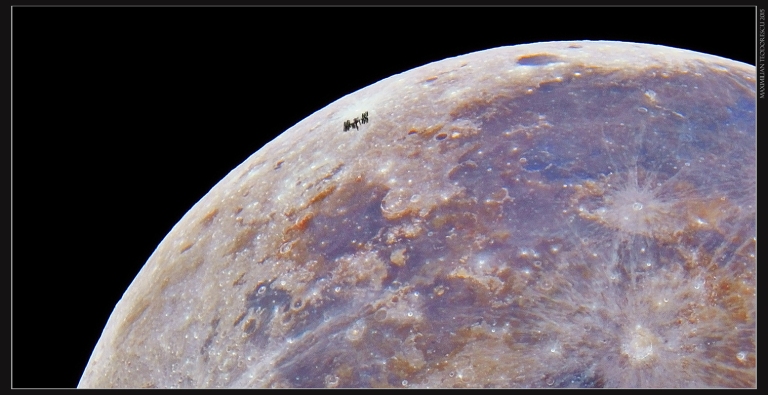 And the colorful Moon image, in a small-size version:

Now, the two frames (at 50% from original) in which the ISS was captured, with a bit of saturation added:

And two crops from the original images. Despite the bad seeing conditions (and some wind) a lot of structural details of the ISS are discernible: 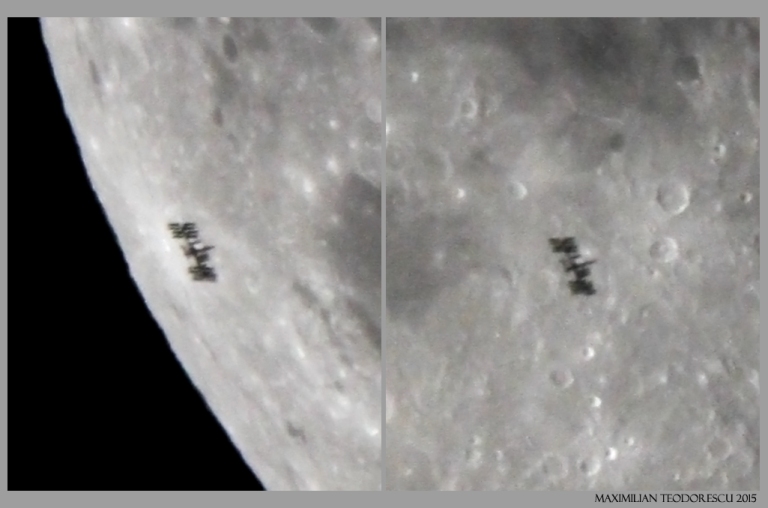 And finally, my wife’s image, with her two frames overlayed, showing the ISS’s apparent path on the lunar disc (the Station moved upward in her images). Note that the ISS is also visible, beside the obvious dark silhouette,  very near the terminator, in the lower part of the Moon. 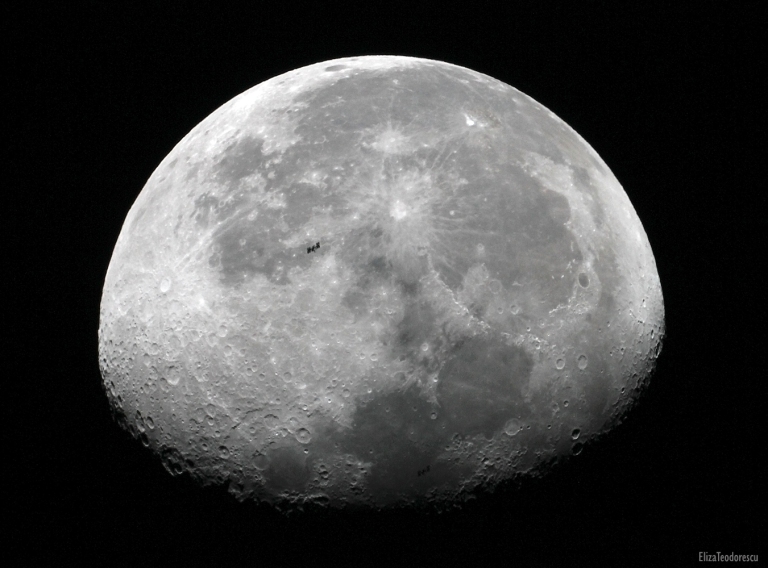