Finally, I’m starting to catch up with the processing of the October imaging sessions…

Following are some lunar shots acquired with the 14 inch F/5 homemade Newtonian at F/15 and the ASI 120MM-S camera with a Red filter, in 6-8/10 seeing conditions.

First shot presents craters Hercules (left) (with a diameter of 70 km) and Atlas (88 km), with the second one showing a complex rille system inside its rim:

Second image shows Petavius, one of the most easily recognizable craters on the Moon, due both to its large diameter (177 km) and complex rille system:

Another recognizable crater, Langrenus (133 km), with its central mountain and sharp rim:

One of the most intriguing small craters on the visible face of our Moon, the double crater Messier, with the left-most component named Messier A (13 km) and the “main” crater Messier (of 12 km):

A large mosaic showing part of Mare Crisium (at right) and crater Cleomedes (126 km) at left with some rilles onto its floor. Notice the small rille at lower right, at the tip of Mare Crisium: 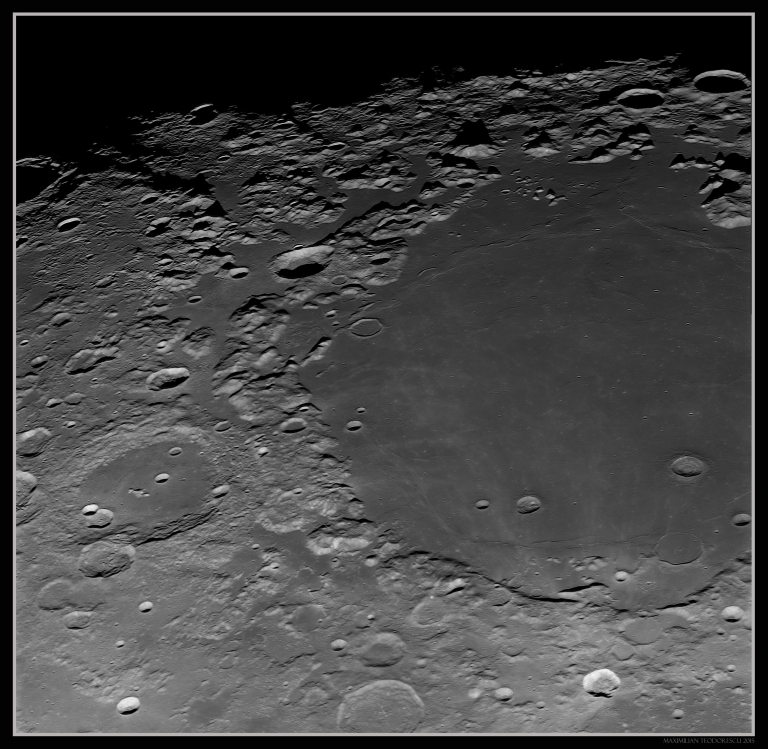 And the last image for that session, a mosaic showing crater Langrenus at lower left and some of the surrounding terrain: