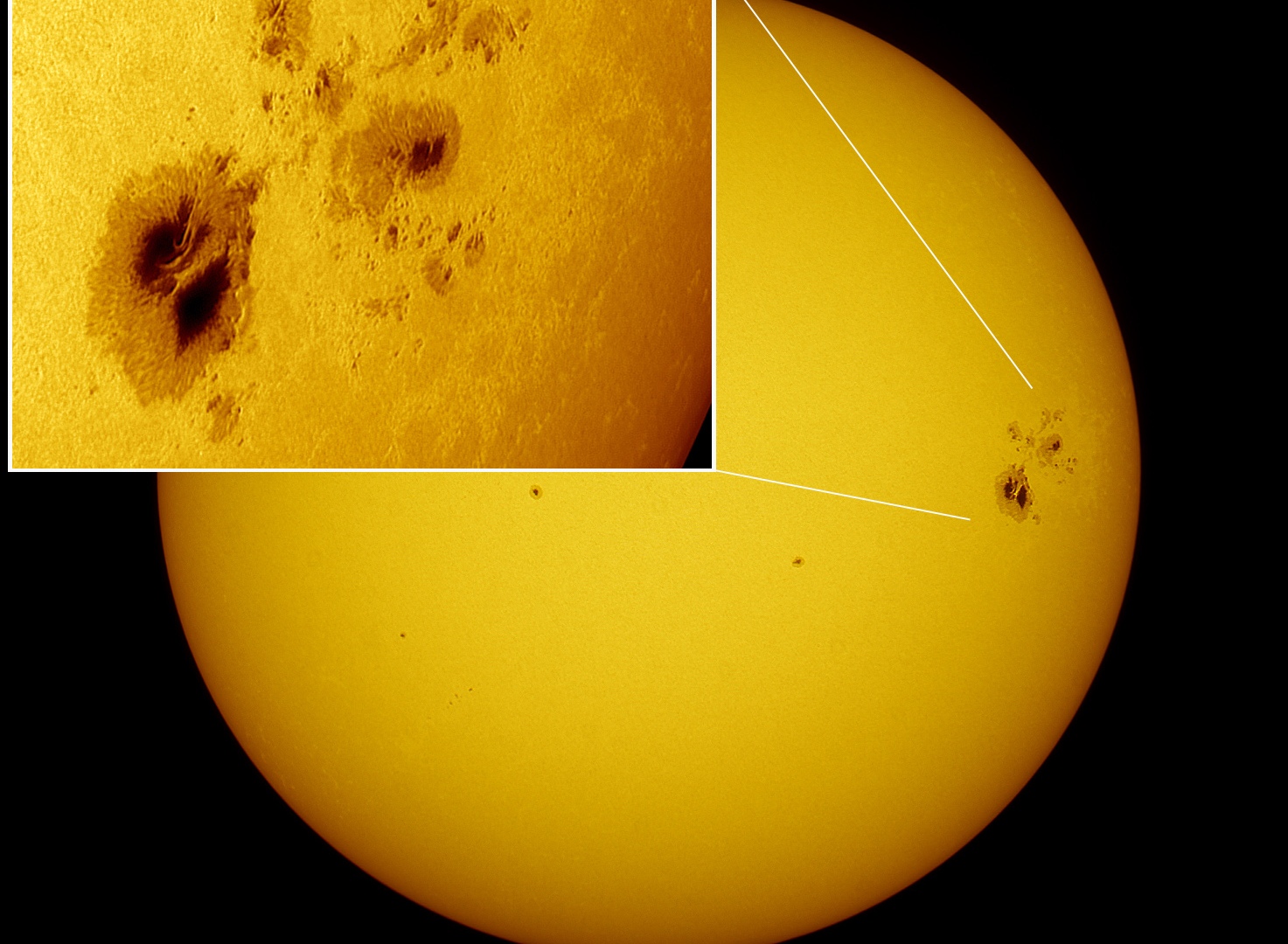 The largest sunspot group in recent years is preparing for departure. At least from the Earth-directed hemisphere of the Sun.

Since we’ve just got here (in Romania) the first snow of this winter and the weather predictions for the next few days don’t look too friendly, I think today’s shots are my last views of this monster sunspot.

I’ve got a break in the clouds before going to work today and together with my brother in law I drove a few miles to my usual observing place, in the middle of a field now filled with snow. The seeing was not good (2-4/10), and the temperature was a mere 4  degrees Celsius. Before installing my gear we both observed the monster sunspot with the unaided eyes through a small solar filter; the spot was very easily observable even between some small clouds.

The setups for the following images:

-115mm F/7 APO Refractor from Teleskop-Service, again with Astrosolar full-aperture filter, but with the ASI120MM camera and Baader Green filter. A  TeleVue Powermate 2.5x was also used. The images are stacks of 1200 frames out of 4000.

The first image is a composition of the full disc image with a detailed view of the sunspot group.

The second image is a comparison of the sunspot group evolution from my first imaging session of it on October 20, and my last one from today. The images are at the same scale, so the size difference can also be noticed, with the main spot core increasing in size considerably (almost double in size on October 27th compared to the October 20th session).

Next, a very short animation covering a one hour period of observations, made from 5 distinct images, showing both the evolution of the group and also the rotation of the Sun. Note the inner filament-like structure moving inside the main spot.

And the same animation, with smoother transitions inserted between the main frames, showing (perhaps better) the evolution of the group:

The following images show the initial full disc image and the detail views which make up the composition at the beginning of this post. 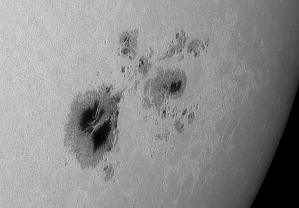 And my final image of this sunspot group (if the weather forecast is correct) taken with the small 90mm Mak from my workplace through a small window. 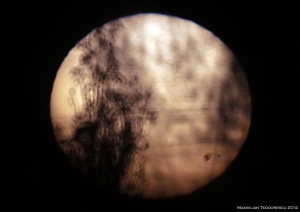 I’m sure this group will rotate back into view since it’s evolution seems to indicate a long life for AR2192.