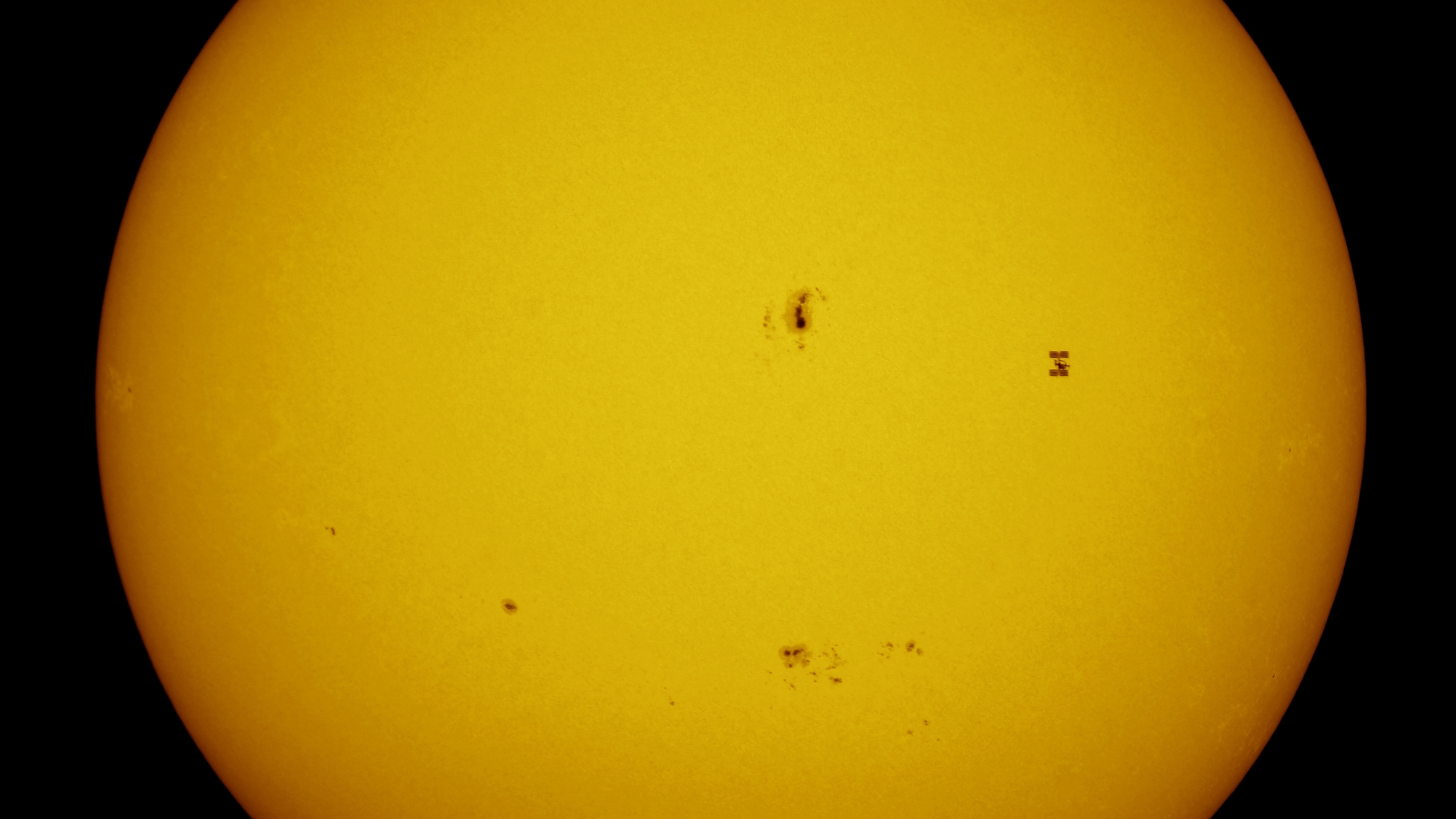 Yet another transit of the International Space Station occurred close to my home on September 11.

This time the angular size of the ISS was around 51 arc seconds which is still enough to catch some of the main details of it’s structure. The apparent close proximity of the ISS to sunspot group 2158 also had it’s advantages, in term of size difference: the main sunspot of that group is around four times larger than our planet, but the ISS itself is about 120 000 times smaller than the Earth. So the two main “spots” have a true size difference of around 500 000 times, despite their similar size in the images below. 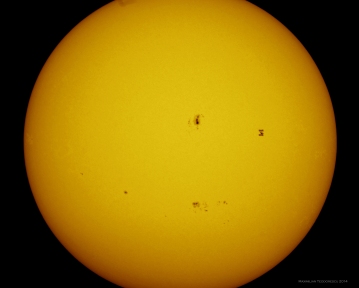 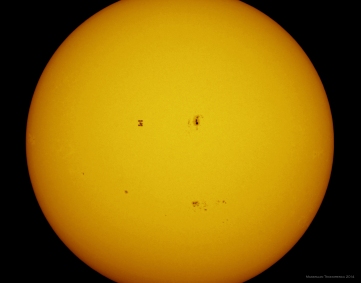 And a detail from the second shot: 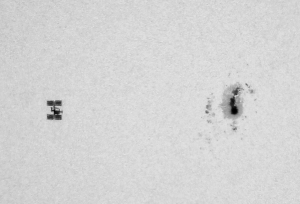 Lots of activity in the Sun these days!

The last image above was featured on the first page of SpaceWeather on September 12, 2014.