The following images were acquired during a long and cold imaging session together with my brother-in-law and a friend of mine, Bogdan, at another friend’s house.

While Bogdan had the task of imaging an asteroid for 4 hours or so, I was viewing some of the most interesting objects in the sky (at least for me): the Moon and Mars.

Of course, besides looking through the eyepiece, I’ve also made quite a few images (more than 150Gb of data) of different lunar regions.

First interesting region: crater Gassendi and the nearby rimae: 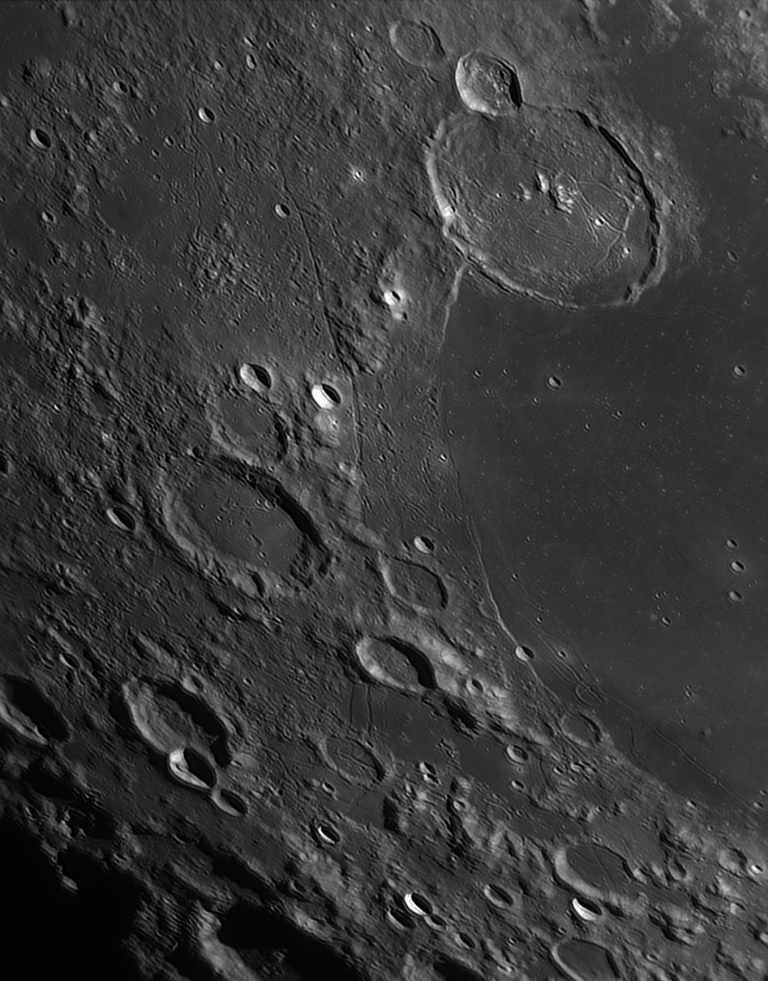 The large crater Gassendi shows it’s inner system of rimae in the upper-right corner. Starting just West of it (to the left), the Rimae Mersenius goes alongside the western shores of Mare Humorum, pasing East of the lava-filled crater Mersenius and vanishing after crossing a few smaller craters.

I’ve found an older image of this area, acquired with a smaller scope and a web-cam, but in better seeing conditions. The image was selected as LPOD of February 16, 2009.

Another rimae-full region is the area in and around crater Hevelius: 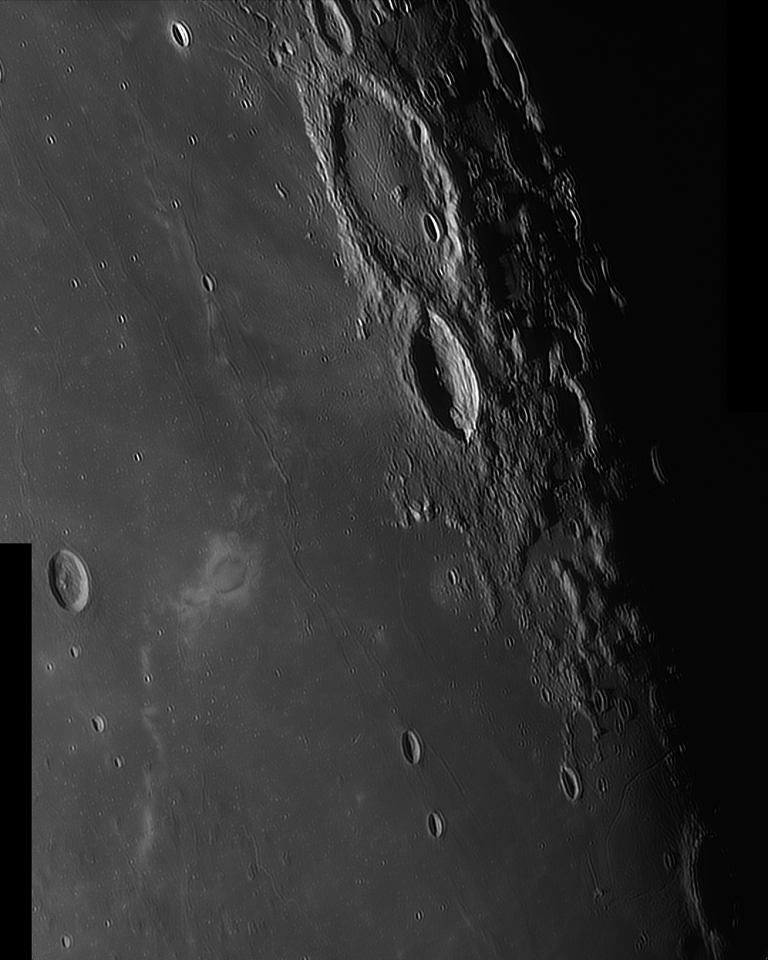 Hevelius inner X-shaped rimae system is it’s most distinctive characteristic. Just to the north of it (below) is Cavalerius, with it’s sharp rim. To the east (left) is Reiner Gamma, one of the strangest lunar formations, situated a little South-West of the Marius dome-field. Another rimae system can be seen in the lower-right corner of the image: Rimae Cardanus, with it’s “parent” crater in the shadows.

An animation showing even better the revealing effects of enhancing the initial image:

The dome-field close to crater Marius is yet another very interesting lunar region, also with a few rimae present: 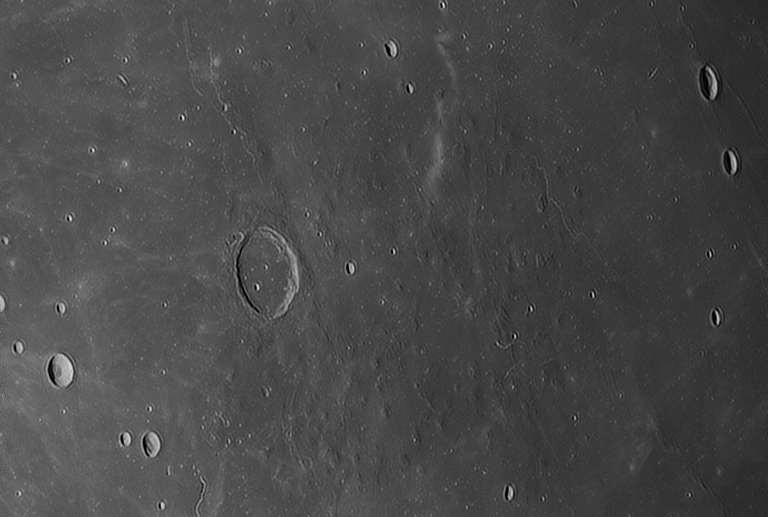 Another interesting crater in the region, Kepler, shows it’s rather young age by displaying it’s ray system onto the floor of Oceanus Procellarum to the West (right) and to the East in Mare Insularum: 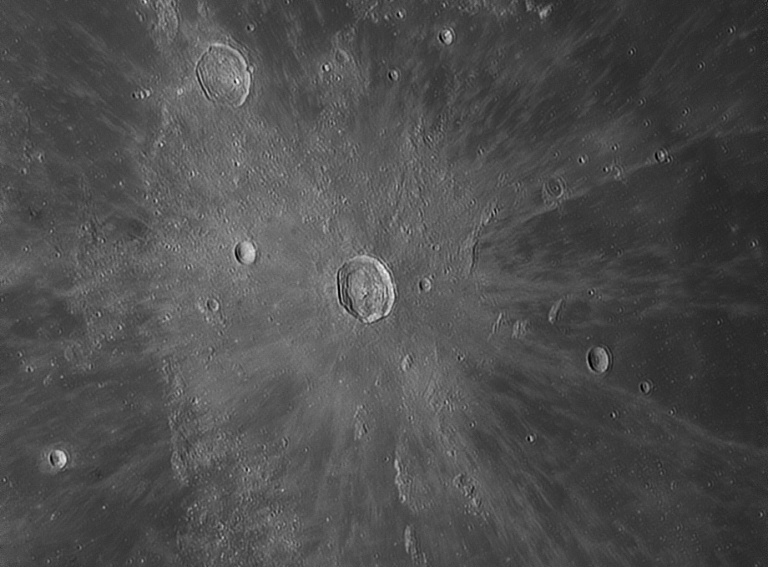