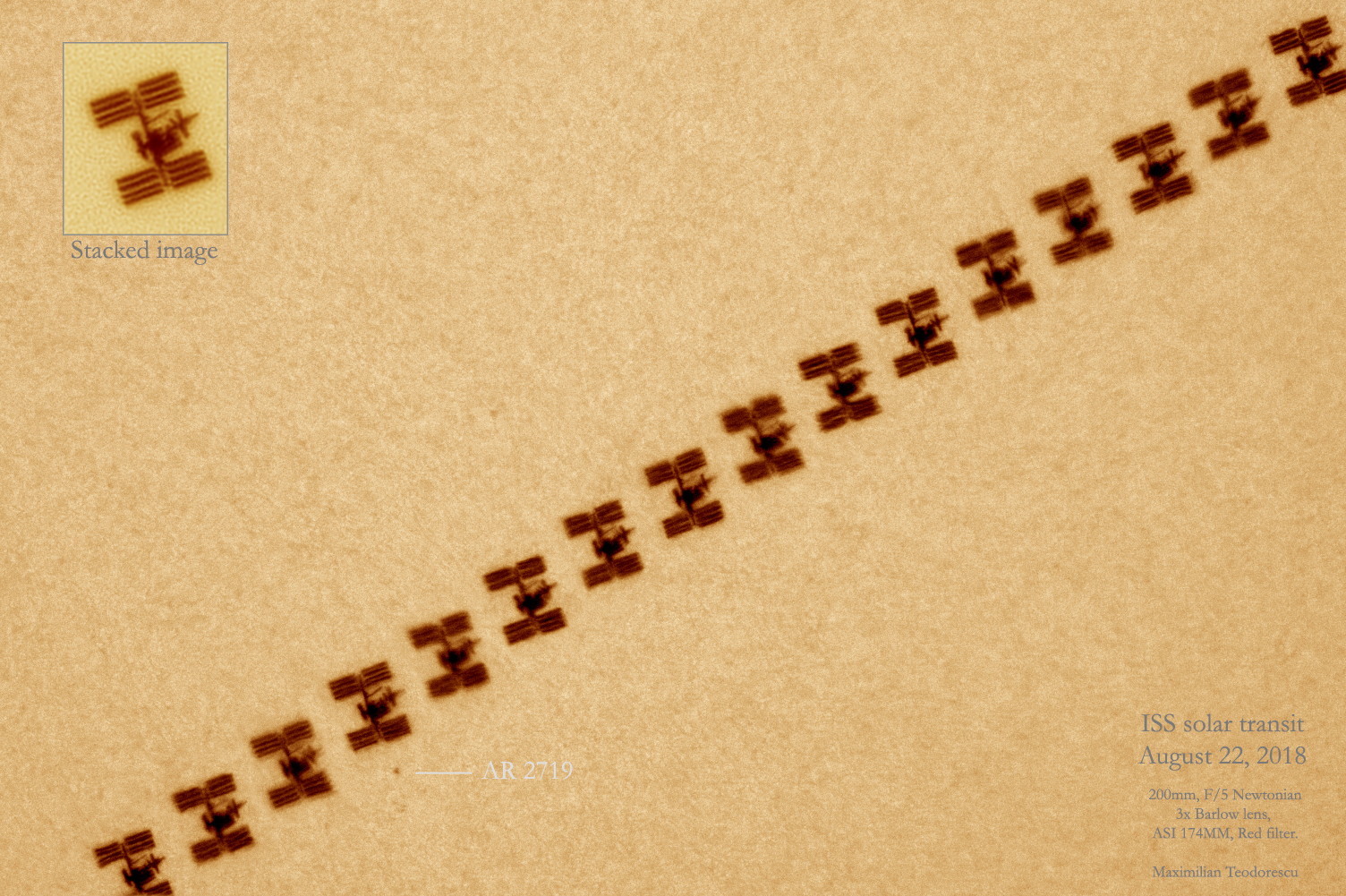 Another solar transit occurred today. I was very lucky to image the ISS during a small opening in the clouds. The seeing was not great but the solar granulation is discernible, as are a few structural details of the Station. Note also the small sunspot. The inset on the sequence image is made from staking all the frames acquired with the ISS. A single processed frame is also shown. Prediction of the transit via Calsky.