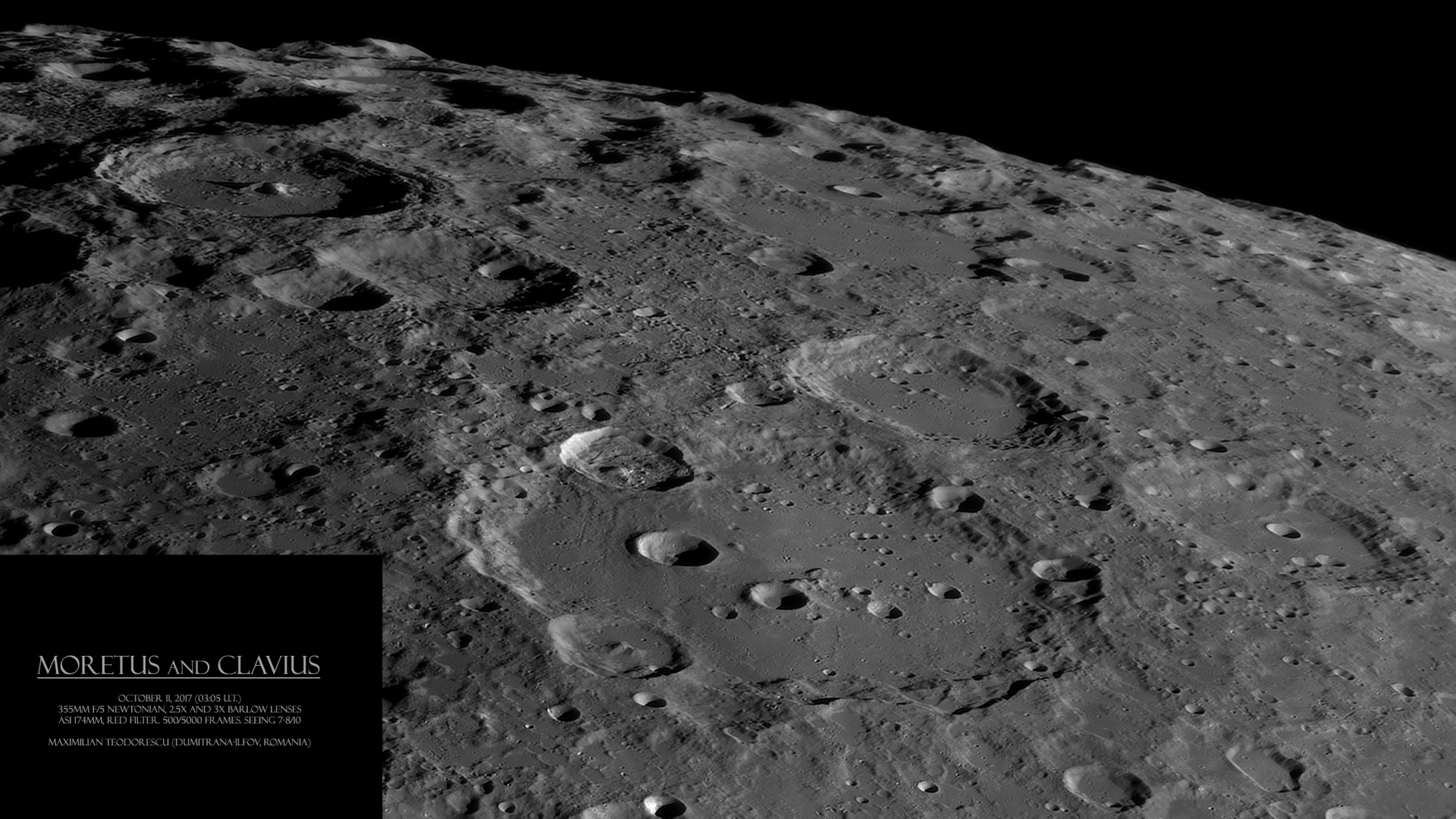 This was my motivating phrase for today’s lunar session. At only 2 degrees Celsius and  lots of fog, the imaging conditions were very good, but for a human that is also not used to get up very early in the morning (at 3 a.m. in this case), they were not so…comfortable.

The phrase in the introduction was, of course, modified from John F. Kennedy’s speech before the start of the Apollo Program. His original phrase is one of the most memorable ones for any lunar enthusiast: We choose to go to the Moon in this decade and do the other things, not because they are easy, but because they are hard (September, 1962). 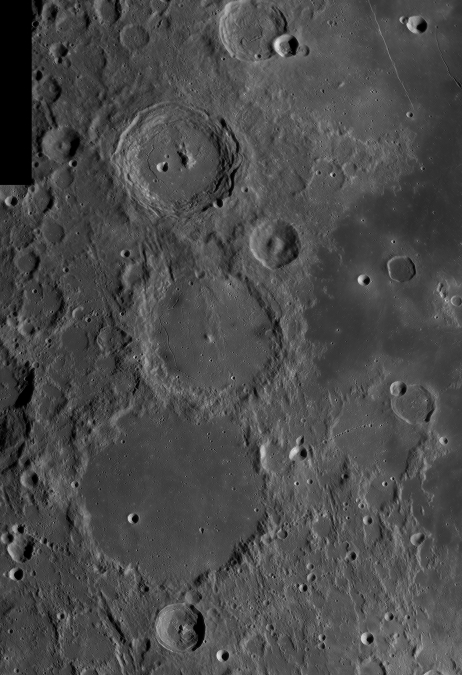 One imaging project that was on my “to do list” for some time: crater Plato in RGB colors. The following image was combined from the October 11 Luminance image (acquired in very good seeing conditions) and the October 10 RGB data. This was rather difficult to do since from day to day the libration changes the aspect of craters quite a bit, especially towards the lunar limb. Nevertheless some good color data was extracted, in high resolution also. There are a few large purple areas on the floor of Plato that are in contrast with the surrounding regions. 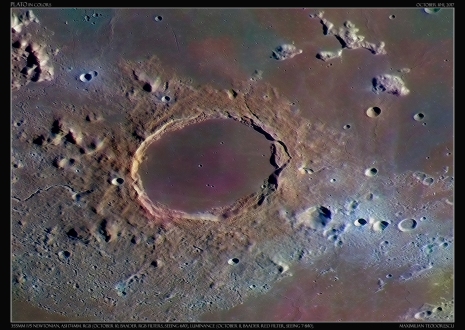 Also, a rectified view of Plato, as it could be seen from directly above the crater: 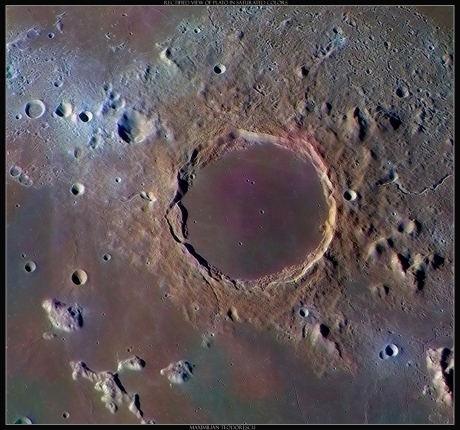 One large mosaic showing the Alpes Mountains, crater Cassini (lower left), and the very photogenic couple Aristoteles (up) and Eudoxus (center-right). This region is filled with high contrast features when the illumination is right. The shadows and complexity of the Alpes offer a striking view of the lunar surface at the eyepiece in any size scope. 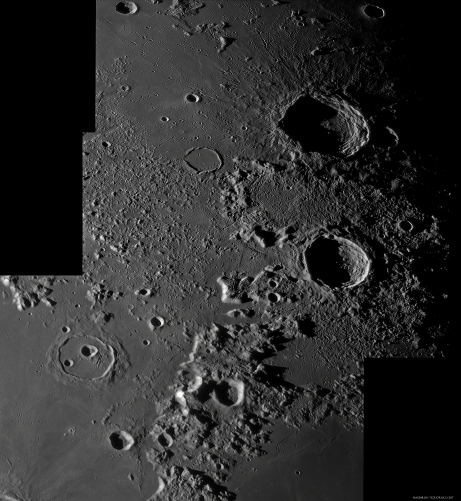 One image showing Ina volcano. This is my best view of this interesting feature yet. 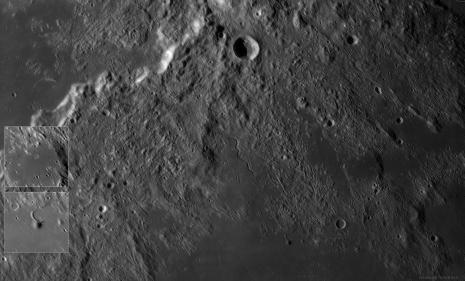 Plato with many small craters on its floor and the Alpine Valley with its narrow rille:

One more mosaic showing Cassini and the trio of craters Archimedes, Aristillus and Autolycus:

Craters Walther and Deslandres under very good seeing conditions. Some dew on the secondary mirror interfered with the acquisition, but in the end the result is worth posting.

Crater Copernicus under a rather high illumination. Under this light the shadows are not quite yet dark, so details on the inner walls are still visible.