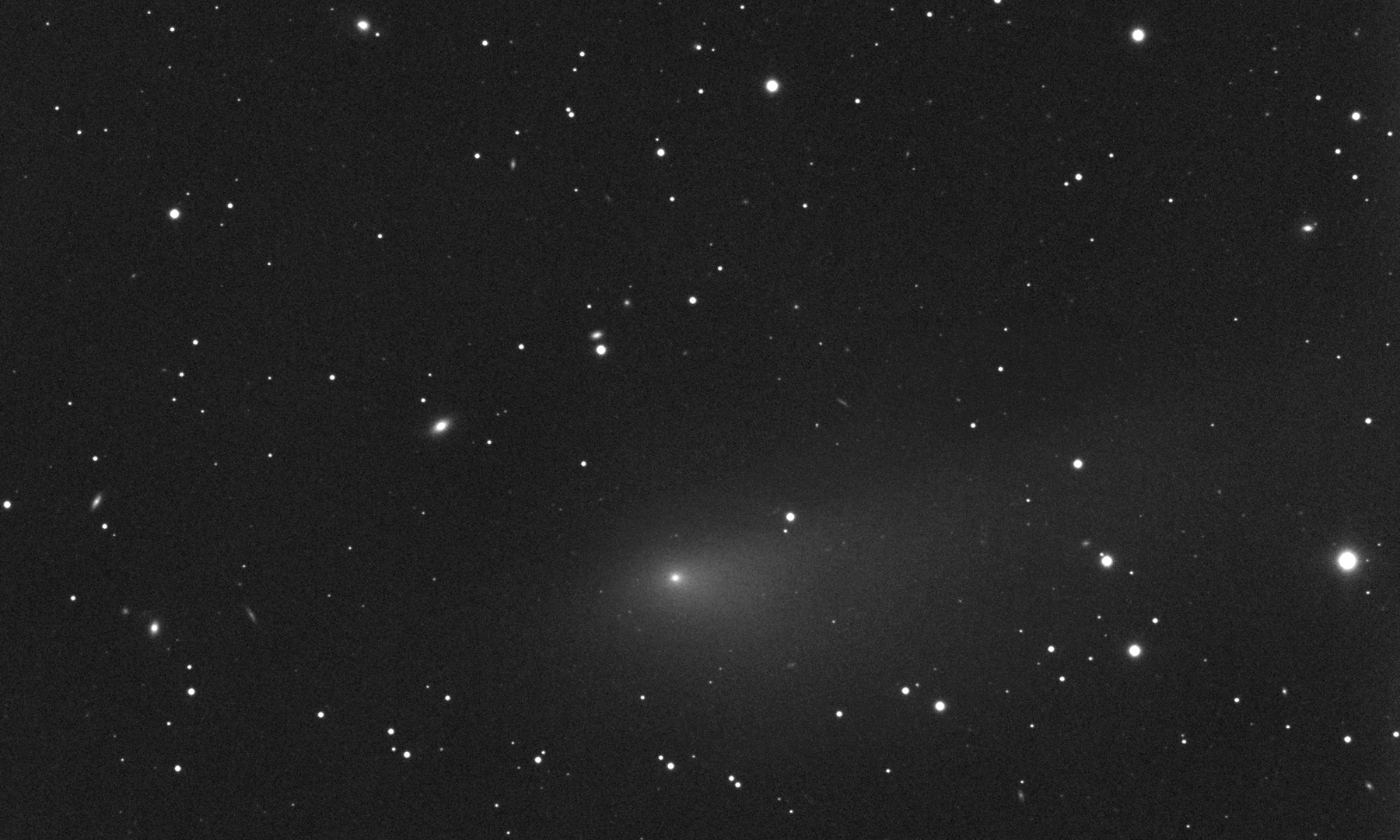 Finally some astro-shots. After a long time-out period, I’m back at imaging and processing. Still a lot to process, but for now I’m posting my latest result: comet 45P/Honda-Mrkos-Pajdusakova departing Earth’s vicinity.

The comet is at the preset time somewhere in the constellation Leo, and despite being rather faint (not visible at the eyepiece in the 115mm refractor under +5.2 skies), the resulting images show a very interesting comet, with a small nucleus and a half-straight tail. Too bad that part of the tail got out of the frame… 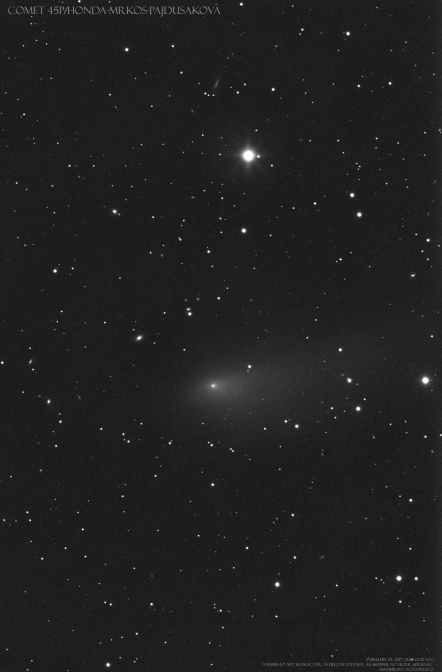 The above shot was processed to show both the galaxy-rich background and the comet. There are quite a few small galaxies around the field.

A more accurate processing, depicting the comet and its apparent movement, is shown below:

The comet moved quite a lot during the 40 minute session, as seen in the following animation: