One last imaging session with the Sun in H-alpha light, before the bad weather installs. For the next week or so some clouds and rainfall are to be expected at my locations, so no astro-images for some time.

Today, I did manage to get some images of the many active regions and some prominences. Also some white light images were possible despite the low altitude of the Sun. Two instruments were used, mostly the 115mm Refractor F/7 with Quark chromosphere filter and ASI174MM, and also with a full-aperture filter and Baader Green filter for white light. The second instrument was the 200mm homemade Newtonian, in a session a few hours after the first one; the Sun was at only 30 degrees of altitude for this last session.

First, a comparison animations showing the differences between white light and h-alpha light of the active region 2599:

And a grayscale comparison:

A wider view of the same area in H-alpha:

And white light images (the wide field is acquired with the 115mm Refractor, while the inset was acquired a few hours later, using a 200mm F/5 Newtonian; the seeing was poor for both of them 3-4/10): 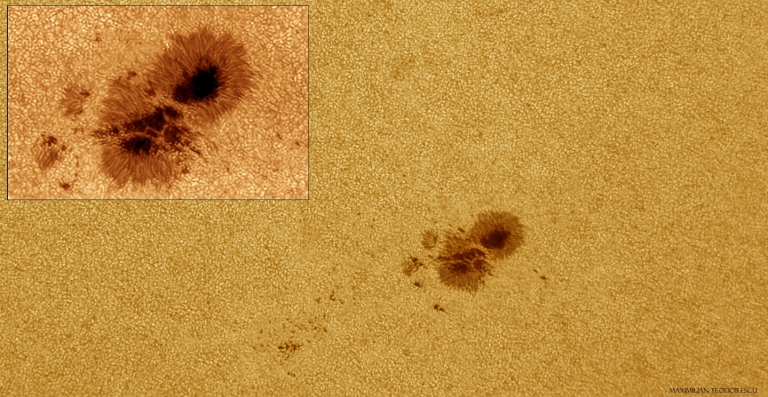 And the last active region today, AR 2600, with some proms nearby:

There was yet another prom on the limb, a rather large one, which I’ve managed to view in better seeing conditions:

And a second sequence with the larger prom, this time in poor seeing: 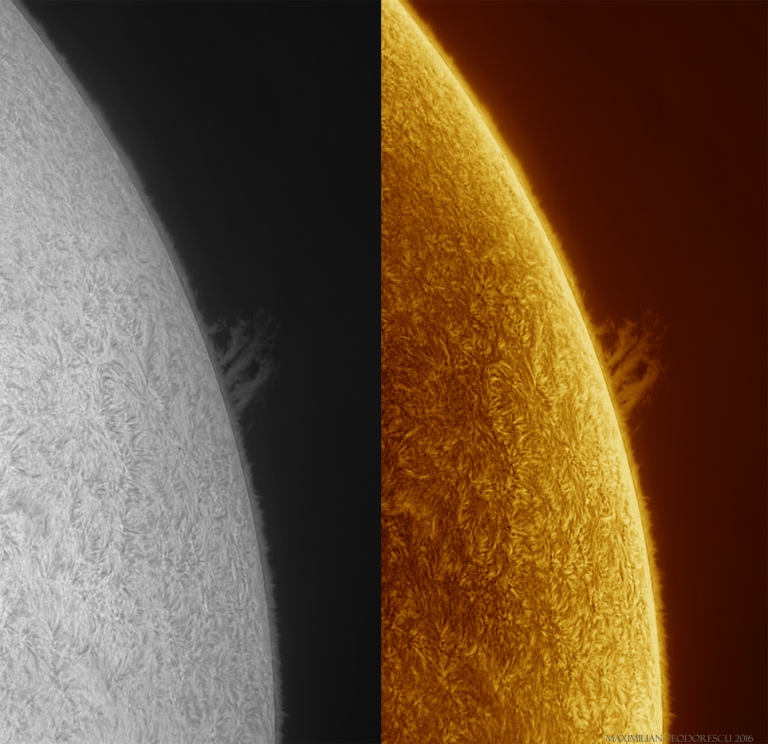