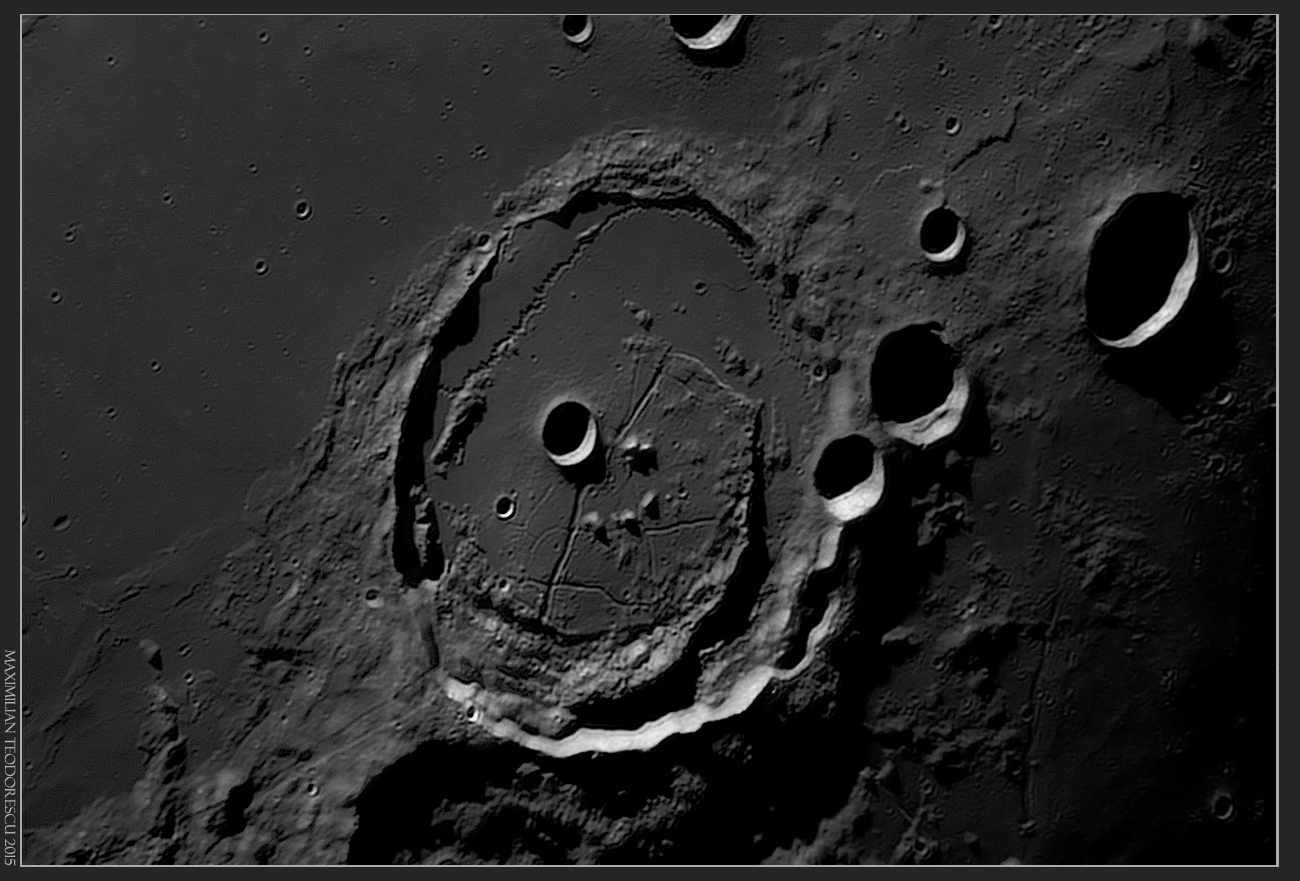 I did mention at the time that I shall re-post some of those images together with new ones in other posts. This is the first of these posts.

I shall begin with the first subject imaged in the morning of September 3rd, the well-known lunar crater Posidonius. This almost 100 kilometers-wide crater is a lava-filled one, with a very interesting and complex rille system, part of which can be seen in the images below. The main rille that runs on half the circumference of the crater is very sinuous and this aspect is rather hard to capture in normal seeing conditions. But on this morning, the seeing conditions while imaging this crater were excellent (9/10) with some very stable moments that impressed me so much that I was looking at the laptop screen while imaging from only 15 centimeters away, trying to see the smaller craters and rilles on the floor of Posidonius. Until this imaging session I had never seen the Moon in such stable, clear and detailed images in “live” recording.

To understand a bit better the way Posidonius looked on the computer screen, I’ve posted the following short acquisition video on YouTube. Too bad YouTube does some processing and the resulting quality of the video is a bit low, but still, in some of the stable moments a lot of details are visible.

Now, the resulting image, with a resolution of around 500 meters for the smallest details:

At the moment I believe the above image is one of the better ones acquired by amateurs world-wide.

To identify some of the smaller details, I did a comparison with the images from the Lunar Reconnaissance Orbiter (LRO) Camera, which are freely available as a global map here. Thank you NASA for that!

I’m also including in this post a few links to the LPOD website corresponding maybe to the best views yet of some of the craters I’ve imaged.

A few moments after I’ve acquired the sequence for the above image, I changed the amplification factor for a wider view at F/20. This image shows a lot more from the surrounding area: 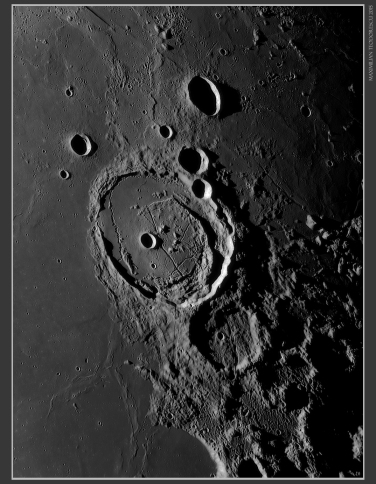 Next craters were imaged under constantly degrading seeing conditions, but fine details are still observable. The Theophilus and Cyrillus craters form a very prominent duo under good illumination: 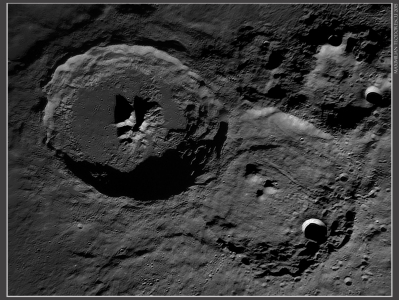 Still under good seeing condition, crater Moretus (the most prominent crater at right) near the lunar South Pole. This is one of my favorite regions on the Moon due to the highly evident mountain range. Plus, it looks very similar to what an astronaut would see flying in low orbit around the Moon.

Another large and interesting crater both due to the presence of a large rille on it’s floor and a large dome-like feature (towards the right, just outside the crater’s rim) is Fracastorius, not far from Theophilus.

Towards the northern regions, another prominent feature, Lacus Mortis, with it’s well-defined inner crater Burg, and a lot of rilles onto it’s floor: 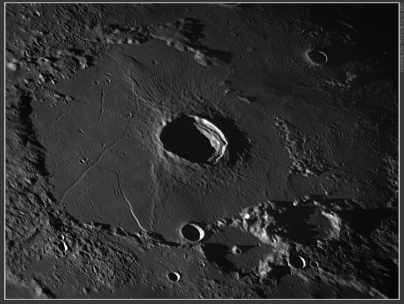 And the well known lava-flooded crater Plato, one of the best known by amateur astronomers observing the Moon, with some of the hard-to-image small craters onto it’s floor. By this time, the seeing conditions degraded quite a bit, so the actual resolution was no better than 750-800 meters for the smallest details:

And a final region imaged that morning: Vallis Alpes, not far from Plato. This large valley has a small almost linear rille along it’s floor, running for much of it’s length. Other rilles are also visible in the image:

This post is the first out of three that will present the results of a four-morning imaging period with seeing ranging from good to excellent. Part two will be here soon…