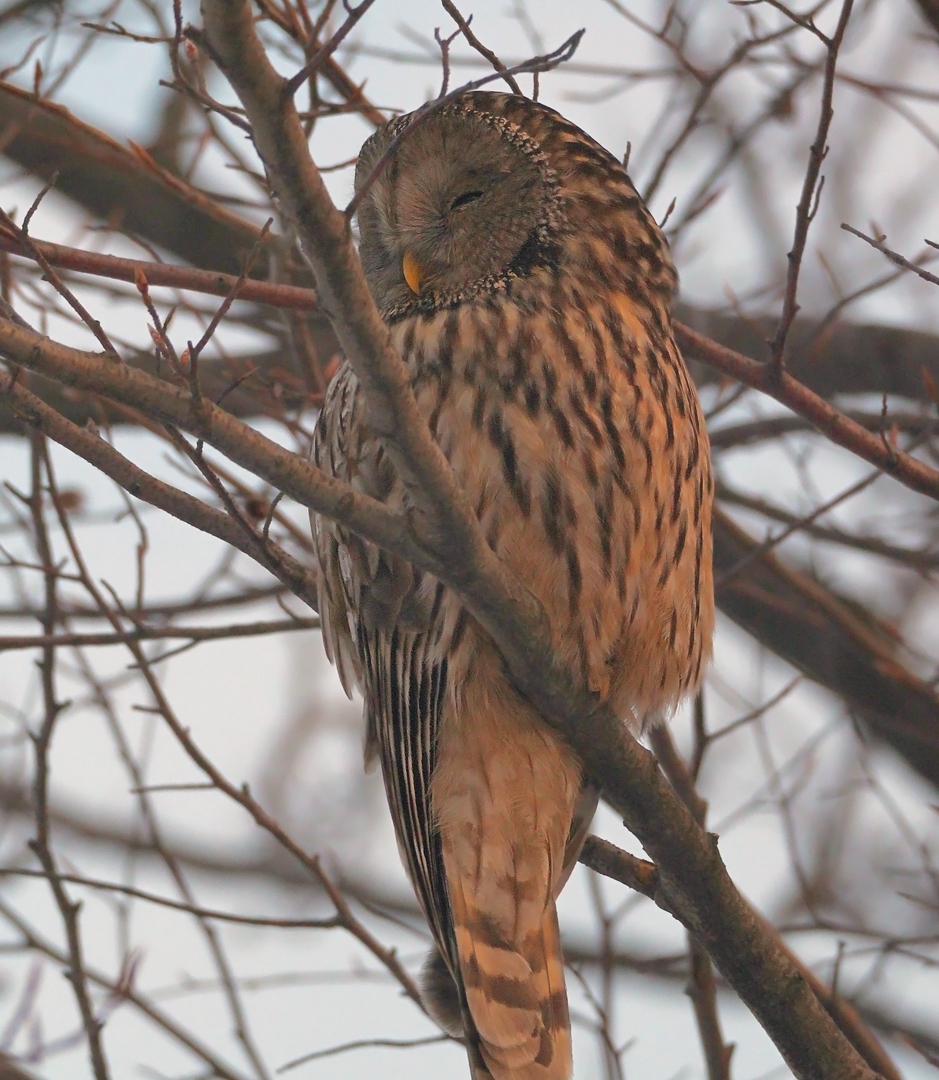 While on a short trip to Cota 1000 (Sinaia) for imaging comet Lovejoy, I’ve also had the chance of observing and photographing a rather rare nocturnal bird of prey: Strix uralensis, or as it is known in Romania, “Huhurezul mare”.

It was my wife who first saw it on a branch, in a tree thirty meters away.

Since I had the small 65mm Refractor in my hands, preparing to place it onto the equatorial mount for some astrophotography, I’ve also grabbed the Canon camera, and climbed the small hill where the bird’s tree was.

At first, the bird was in “sleep mode”: 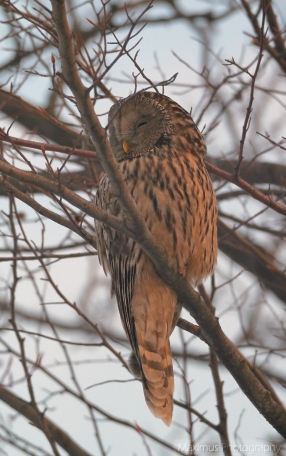 But as soon as we approached the tree, she started paying attention to us:

Eventually she got agitated, and flew a bit farther away. My wife caught the moment before departure and the flight itself, using a Canon 100mm lens: 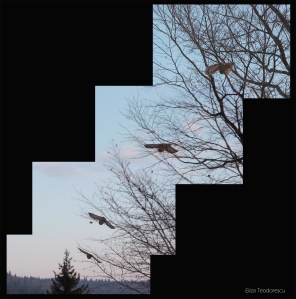 The bird eventually relocated in another tree, this time a bit higher:

The encounter finished due to diminishing sunlight but the bird remained there for a while, and we could hear her calls in the night: