I’m taking a small break from the “Astro” posts and I’m presenting now some photographs with very different subjects from the ones in the Cosmos. There is an entire microcosmos at our feats, which in some ways is much more dynamic compared to the one above our heads.

While together with my wife on a one-week holiday in Cyprus, I had the pleasure to encounter some (a small part) of the insects and reptiles inhabiting this beautiful island.

Before I start with the species photographs, a few panoramas made by both of us in different regions and in different days.

On the road towards Prodromos in the Troodos Mountains:

And the Kouris Water Reservoir:

As you can see, Cyprus has a lot of relief, and some very good insect and reptile habitats.

And now I will start with the first reptiles observed near Larnaca, at the Salt Lake location.

One of the first lizards observed was this very fast moving individual from the species Stellagama stellio cypriaca: 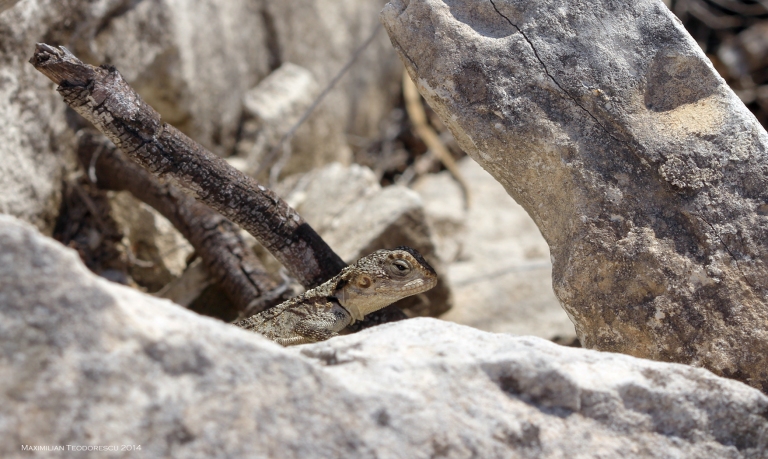 Two other species first found near Larnaca, and afterwards also in Ayia Napa and Troodos Mountains, are the following Gecko: 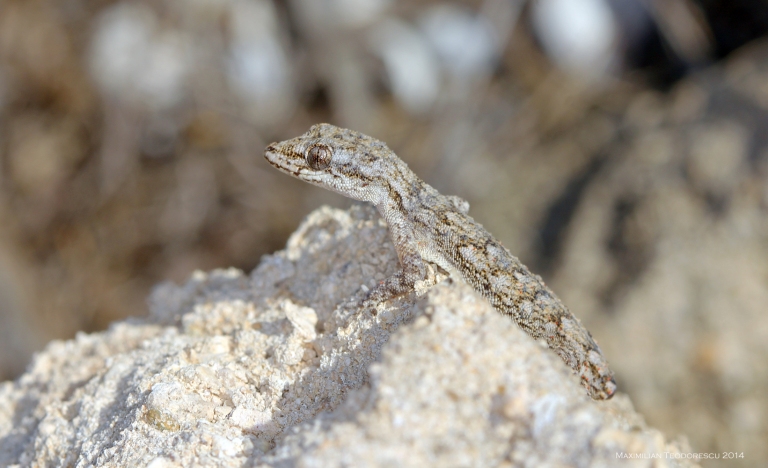 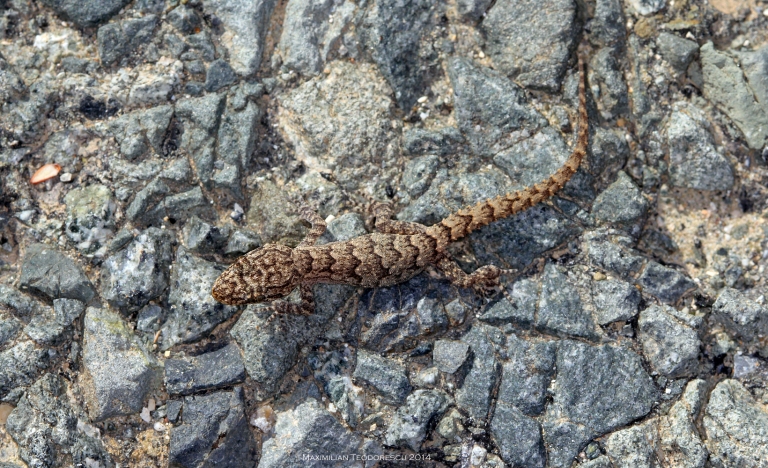 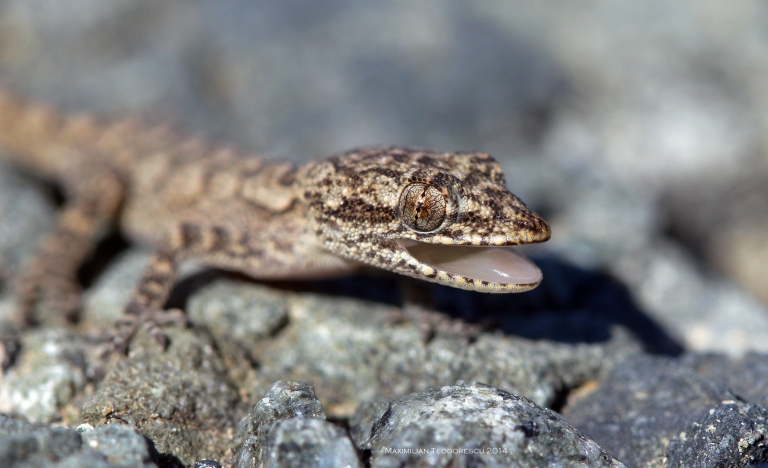 And the slightly larger one, Hemidactylus turcicus:

And now for the insects near Larnaca and Ayia Napa.

The first butterfly observed, and quite a nicely-colored one, Utetheisa pulchella, a species which might also be still present in Romania.

And another butterfly species, this one a pair of Zizeeria karsandra, found quite often in Ayia Napa, near a small pond: 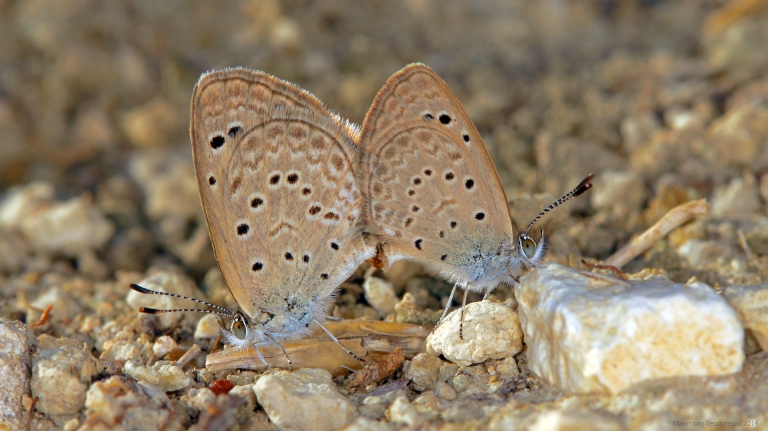 And now for the mantis of Cyprus. These unique insects are interesting whatever habitats they are living in. In Cyprus we found all of the species present, but just for some we have photographs.

The first one, Sphodromantis viridis, found both in the populated streets of Larnaca, and in the hotel room in Ayia Napa:

I’ve also succeeded in taking a short movie (in Full HD) of this individual: 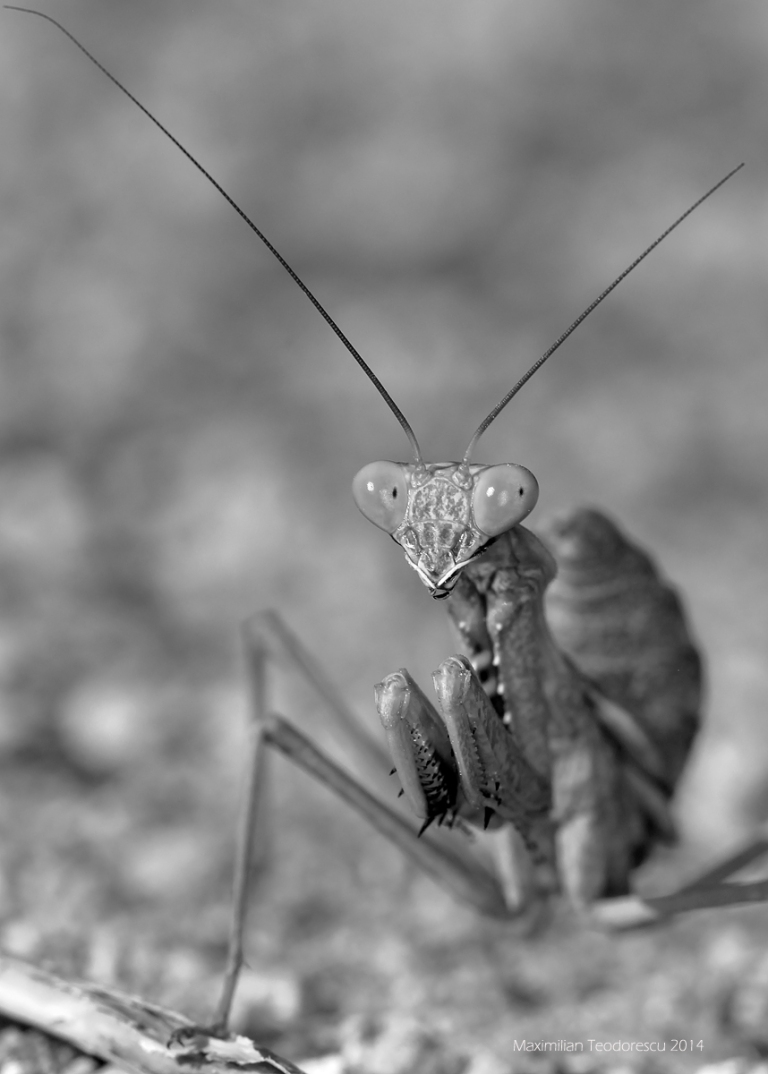 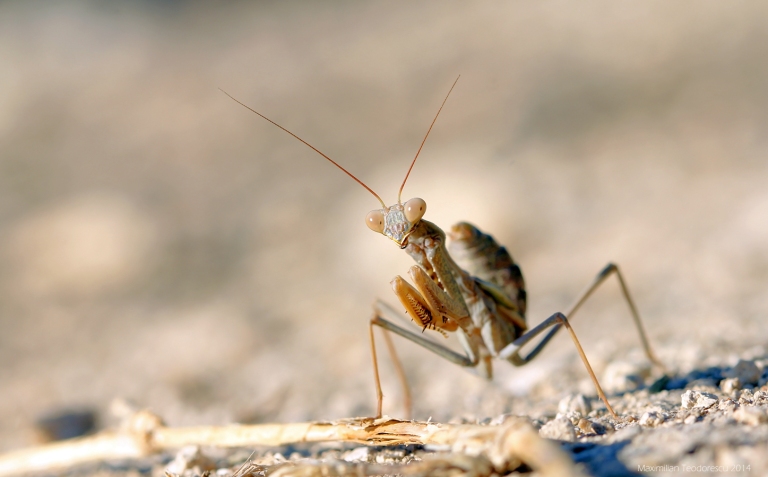 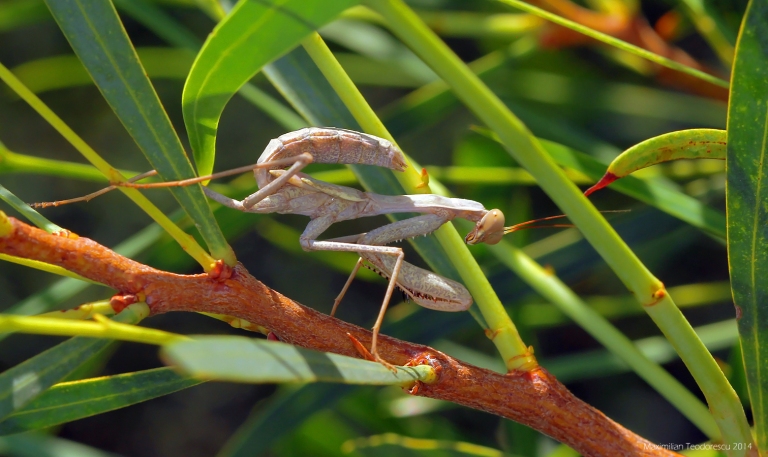 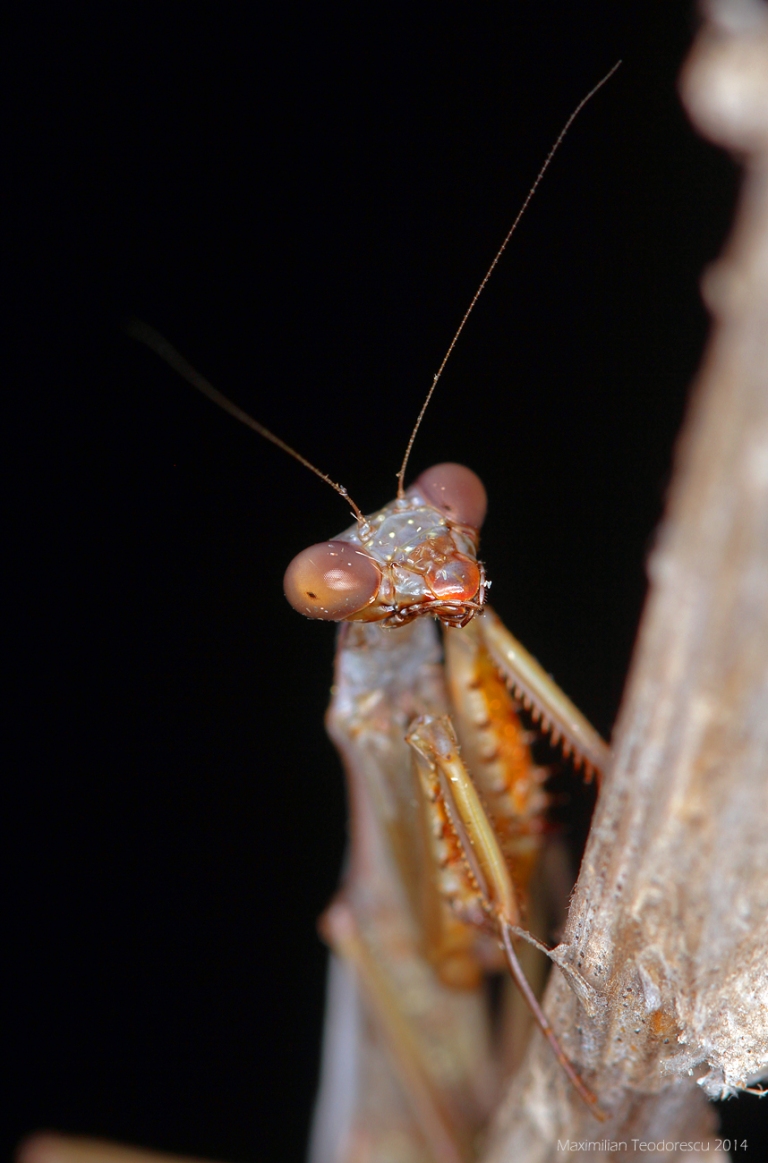 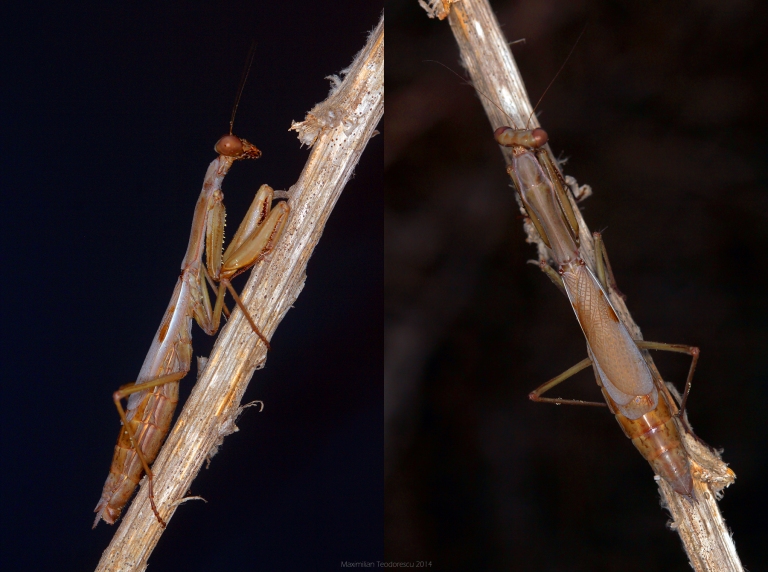 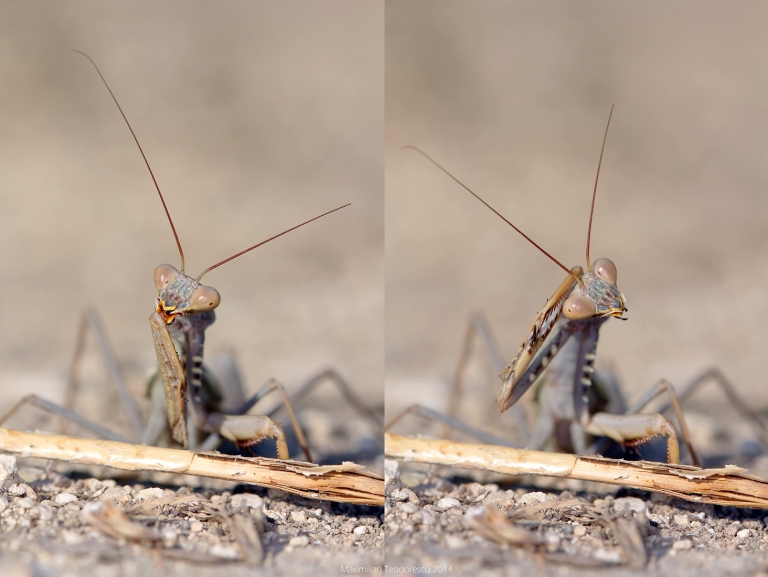 And another HD video, of this brown form:

And besides the species Ameles heldreichi (no photos) and perhaps the endemic Ameles cyprica (might have been observed by us, but we don’t know for sure), yet another mantis species was found, something very similar (if not a local subspecies) to the european Empusa fasciata. This one also has two general forms, one almost white, while the other brownish. 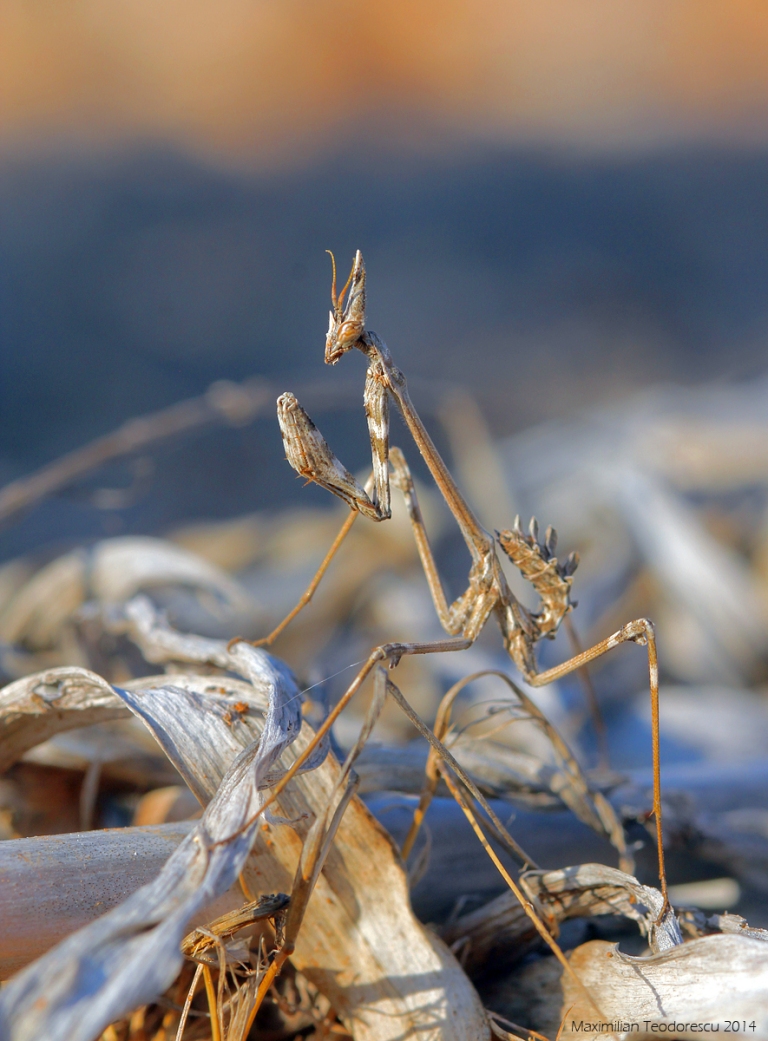 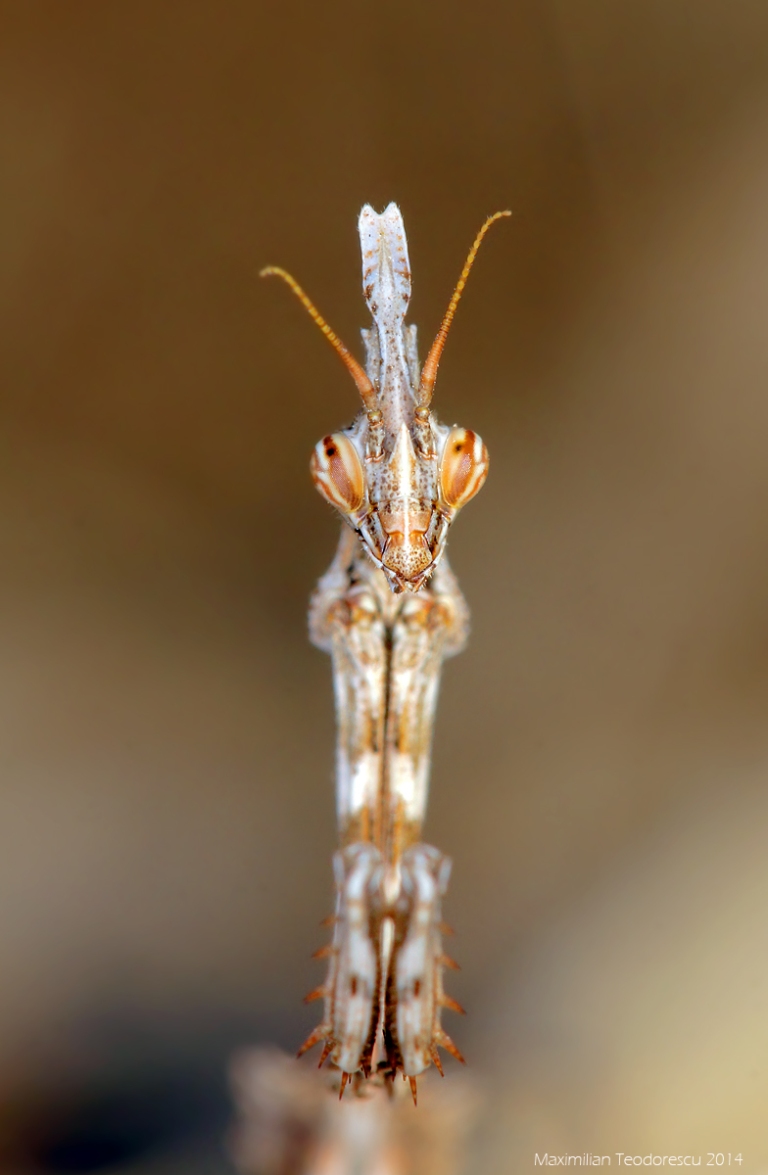 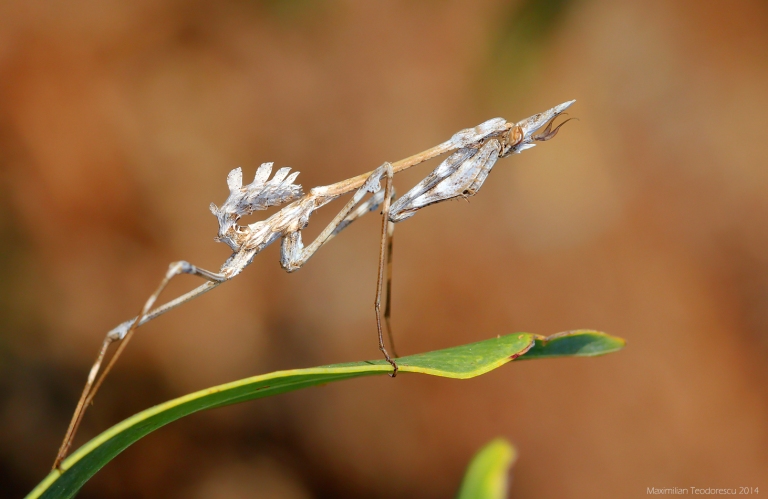 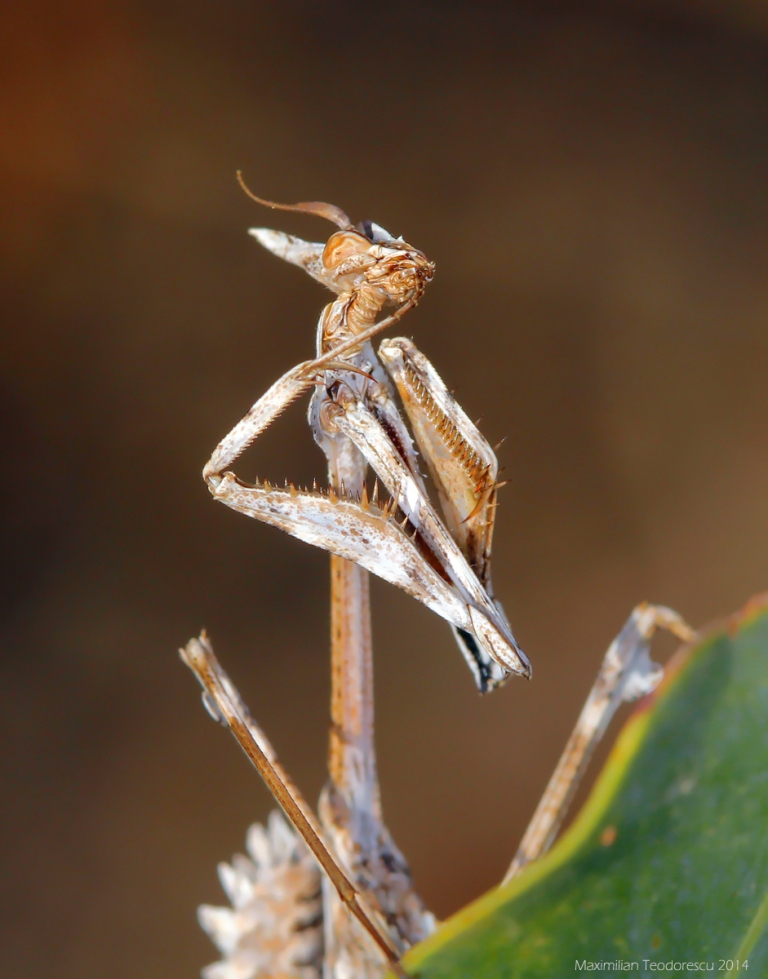 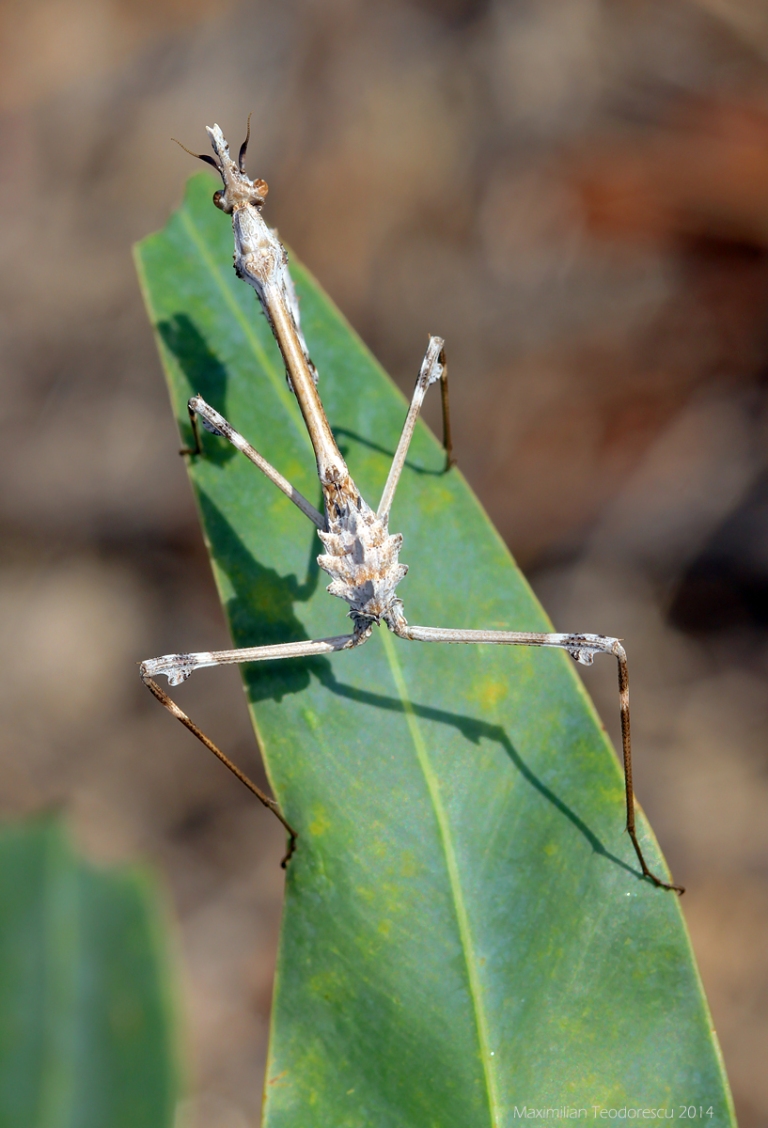 Of course, I have an full HD video of this species also:

And my wife gathered a lot of short films also, which she assembled in the following video:

Some of the food larger mantids pray on...Truxalis eximia cypria: 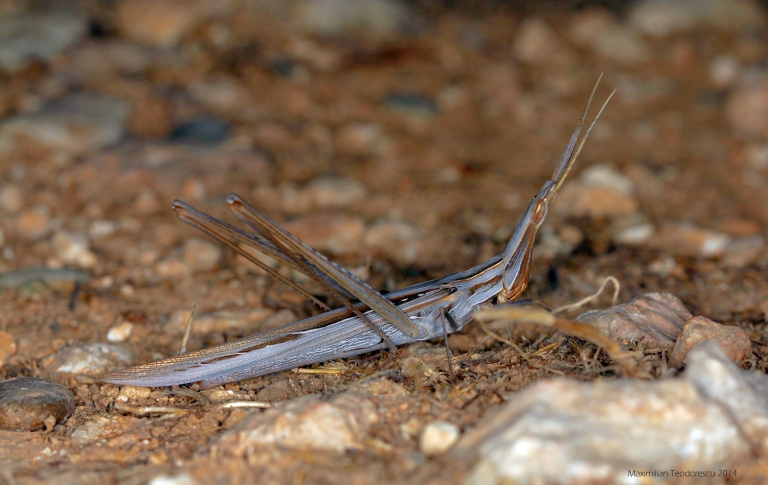 And the largest of the Cyprus locusts (Anacridium  aegyptium), found in rather large numbers in Ayia Napa:

One of the main species I’ve wanted to find in Cyprus, was Buthus occitanus, a scorpion, found in the Troodos Mountains, near Prodromos. 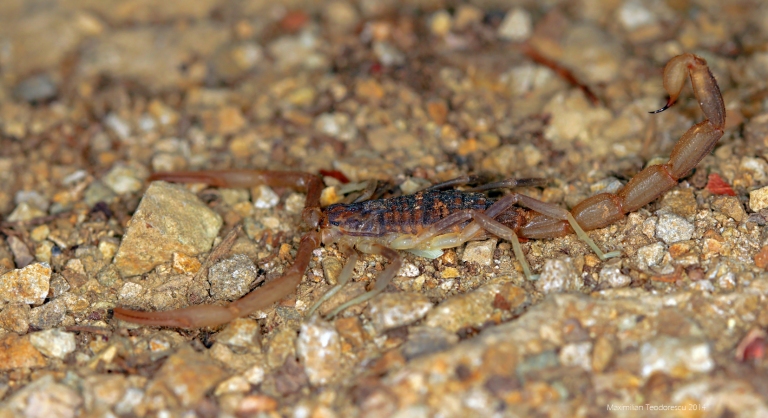 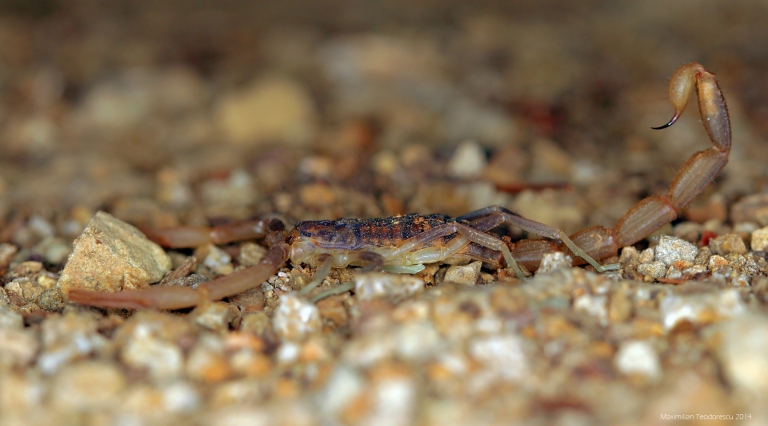 And a centipede, near Ayia Napa, possibly Scolopendra cingulata:

And since I’m posting non-insect images, a crab found near Kavo Greko:

Again among the reptiles/amphibians, a small tree frog (Hyla savignyi), near Ayia Napa:

And now for the best-looking species of this short trip: the common chameleon (Chamaeleo chamaeleon), found near a small pond just outside Ayia Napa. This was a small (~7.5cm long) individual, with very nice manners, and quite friendly in front of the camera, displaying color changes as it was traveling between the branches: 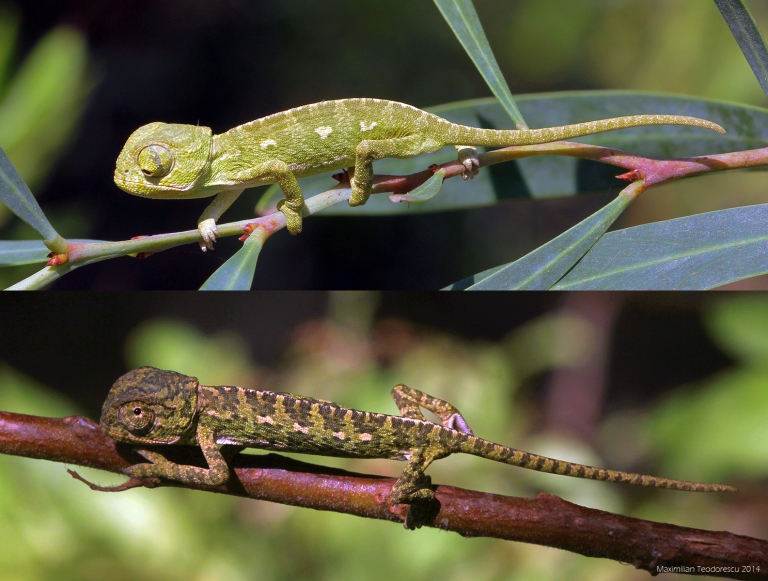 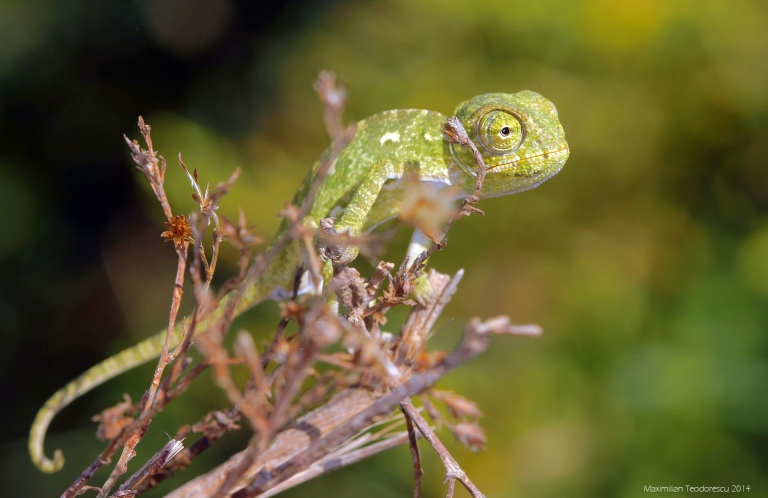 Both myself and my wife had a great time for one hour with this small green animal, and of course we couldn’t take only photographs of it, so here is also a short Full HD video:

My wife also filmed this little creature, but from many more angles and with different magnification factors:

And the last photo, showing an individual of the Cyprus ibex, found in the Troodos mountains: 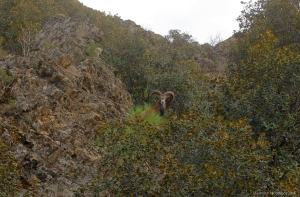 This trip proved to be a very fruitful one in terms of Cyprus species found in such a small period of time, proving that the island is a very good location for wildlife photography, especially from an entomologist point of view.

Despite not having found the largest European vipers (Macrovipera lebetina lebetina), some large shedded skin parts of an approximately 1 meter individual near Ayia Napa convinced us that this is a good location for vipers. This will be one of the targets for our next trip to Cyprus.