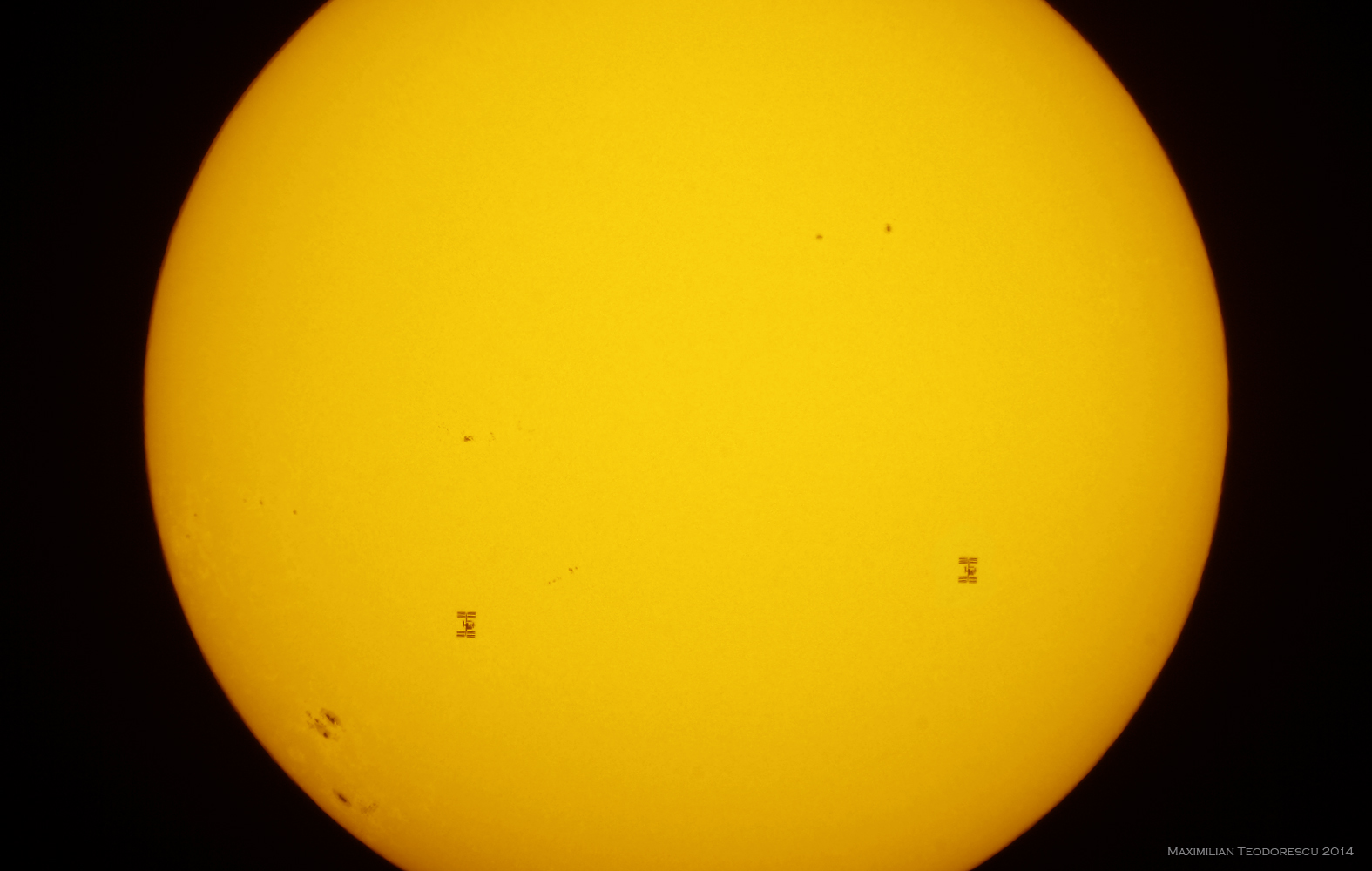 After a very long period of no transits of the ISS over the Sun, I have finally got a chance of perfectly clear skies and a close flyby of the ISS at around 470km. Together with my wife I drove a few kilometers from my workplace and settled into a corn field at 30 degrees Celsius. When the moment came we’ve both pushed our remote control buttons and got the dark silhouette of the ISS close to the freshly emerged sunspot groups 2104 and 2107.

Combined image from the two photos showing the ISS: 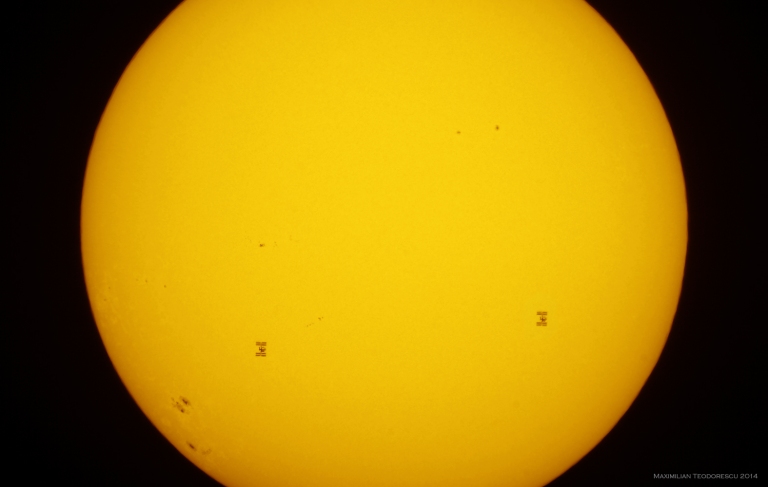 A crop image of the ISS close to the two large sunspot groups: 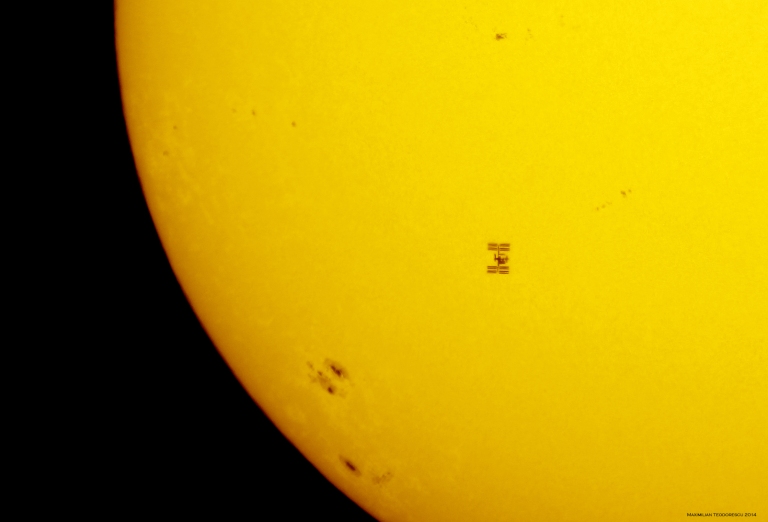 The above image was featured on SpaceWeather.

Sorin Hotea also posted the image on the website he maintains: AstroInfo.

Close-ups of the ISS from the two images showing the Station and the different distortion effects due to the atmosphere: 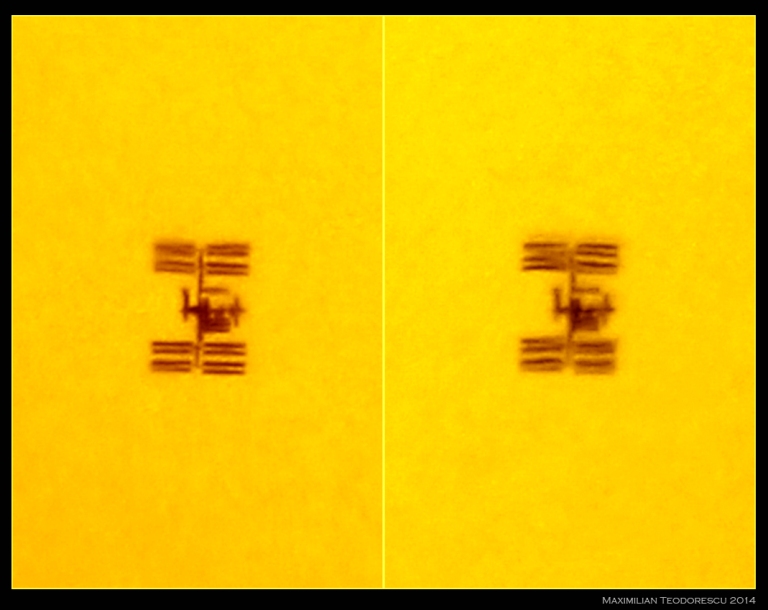 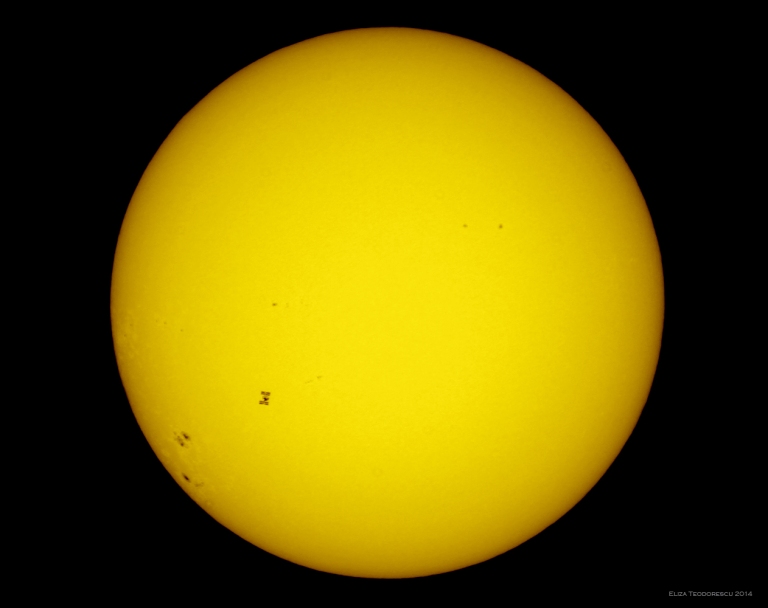 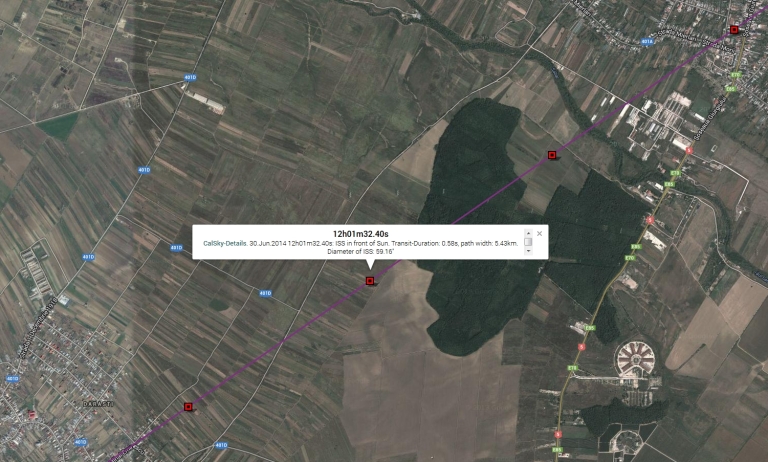 And yet another image showing the names of the visible sunspot groups and some of the more easily identifiable ISS components: 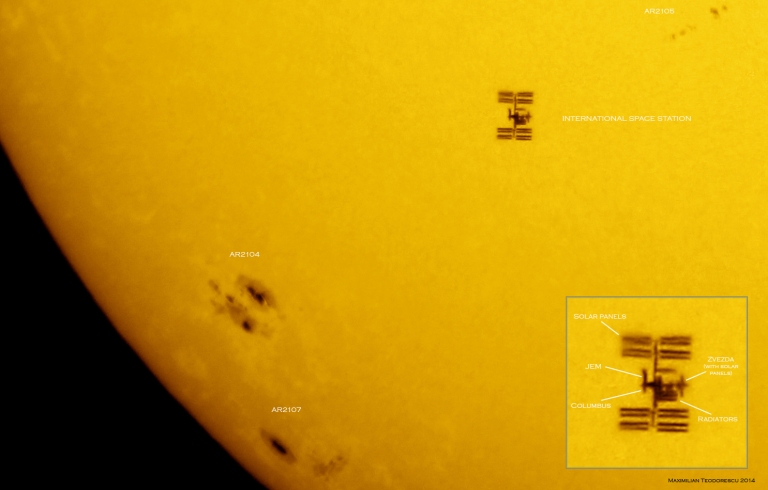