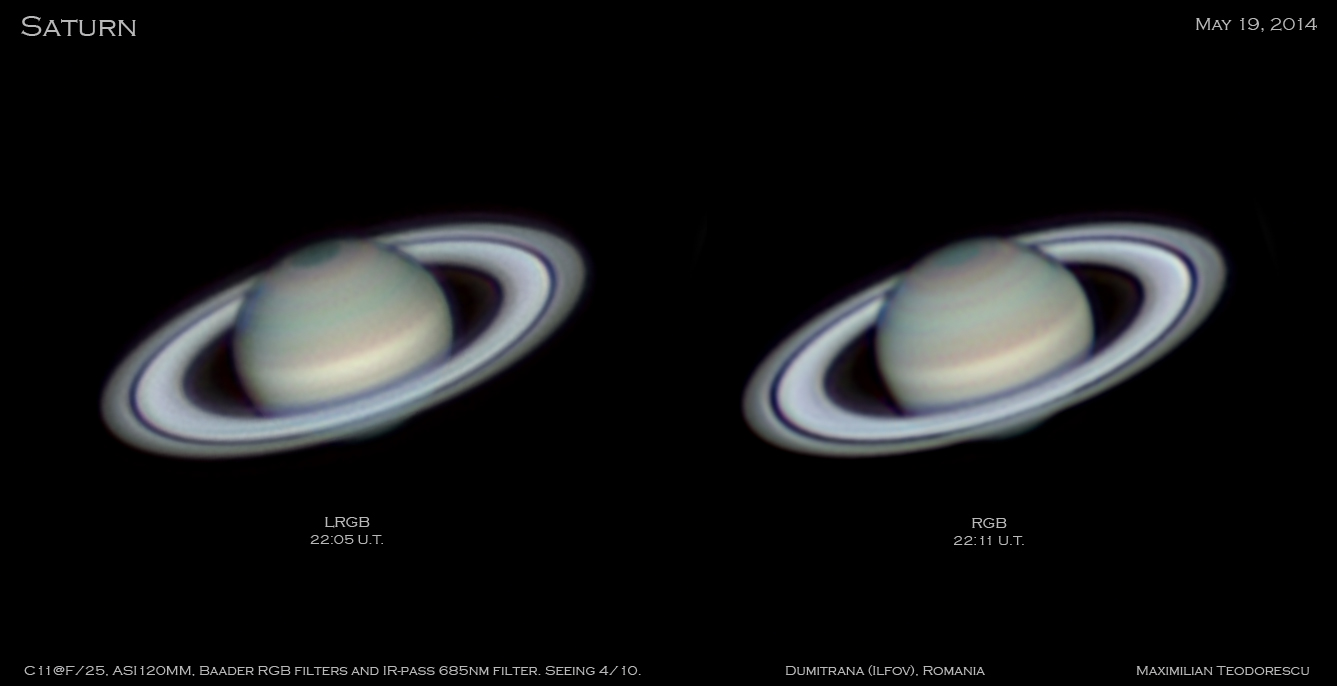 My third attempt at imaging Saturn. After my second one on May 18, on a night with bad seeing conditions, I was not hoping for much this time, but it turned out to be a rather favorable imaging night; despite the low altitude of Saturn, at only around 30 degrees, the seeing had a value of 4/10.

The resulting image below shows both an LRGB version with the IR data as Luminance, and the RGB version. 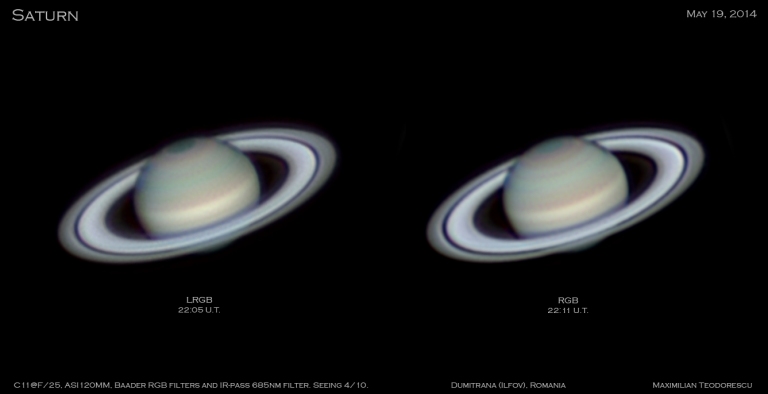 The differences between the two versions are perhaps better illustrated in the following animation, where the Polar Hexagon is easier to observe in the LRGB version, while in the RGB image much of the cloud bands in the Saturn’s atmosphere are visible:

After processing the image sets, I’ve found that I’ve also captured two of Saturn’s satellites, barely visible in the image below: 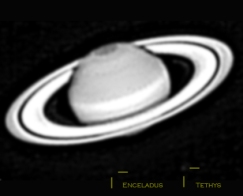 Now I’m waiting for a better observing night, with good seeing and no mosquitoes…